Trump directed all federal agencies, including the Federal Motor Carrier Safety Administration, to establish a team to evaluate existing regs and make recommendations about regulations that need “repeal, replacement or modification,” the Executive Order states. The order refers to the teams as Regulatory Reform Task Forces. Nearly all federal agencies will be required to form a task force, to be made up of senior agency officials and others.

The regulatory task forces established by the order will seek input from state and local governments and businesses, consumers and trade associations, according to the order’s stipulations.

The American Trucking Associations in a statement about the two-for-one order said it supports a “judicious” approach “in eliminating or reversing regulations,” and that it is “a useful exercise” to periodically review regulations to ensure their relevancy.

Agencies’ task forces are required by the order to produce their first report on regulations within 90 days. 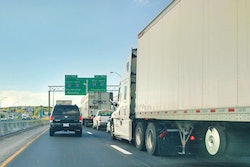