Former National Highway Traffic Safety Administrator Mark Rosekind urged sleep scientists, regulators and transportation professionals attending the 10th Annual Managing Fatigue international conference in San Diego, Calif., to lead a culture change from the ground up around the quality-of-life improvements that can result for all in getting better sleep. His talk, titled “Beyond a Moonshot: Transforming the World With Better Sleep,” utilized a photograph of a high school’s message board noting the schedule for final exams on one side. And on the other side this message, proudly displayed for students and the greater community passing by: “Sleep is for slackers.”

“This is what we’re teaching the young kids,” he said. “We’ve got to change the attitudes and behaviors” throughout society that devalue sleep. “What I always emphasize is to be a model, right? Be a model for” the notion that “it’s not stupid, dumb and lazy to take a nap. That short nap improves alertness.”

Where the talk was long on big-picture points as an opening keynote, it was short on whatever regulatory specifics, if any, might help lead the way. But Rosekind hammered away on the scientific consensus about sleep, at least among the academics and professionals attending the conference, that human beings are biologically hardwired into the circadian highs and lows that occur for all of us. And “because everyone sleeps, everyone thinks they’re an expert” on it, he said. But “when you start fooling around with sleep and the circadian clock,” there can be high safety costs in transportation, given lives are at stake.

Given those high costs, and the dramatic effect that can be seen in the aftermath of any fatal crash, Rosekind stressed transportation professionals held the best chance to lead the nation through the kind of culture change necessary to bring forward the quality-of-life improvements that can result in improvements in safety, health, mood and overall performance.

A variety of other issues were subject to exploration in a myriad of sessions devoted to fatigue detection in research (if not at the roadside) as well as the importance of such given the quick movement in the deployment of autonomous piloting technologies in both commercial vehicles and private personal vehicles. Rosekind spoke up in a session that touched on tech-assist driving in passenger vehicles. Outside of fatigue scientists, who are testing the difference in drivers’ response to autonomous techs versus active driving control as it exists today, “the rest of world is going along to Level 5,” Rosekind said, referencing Google’s autonomous passenger-car efforts to remove any human being from the piloting of passenger vehicles.

Gerald Mathews of the University of Central Florida’s Institute for Simulation and Training presented his organization’s analysis of passenger-vehicle drivers’ response to simulated autonomous-driving experiences, where they were called on to be vigilant with the expectation that they may have to re-take control of the vehicle during a Level 3 driver-assist simulation. “Automation provokes rapid disengagement,” he noted, from the task at hand in these particular research subjects, none of them professional drivers.

Contrary to the generally accepted evaluation of driver fatigue response to autonomous technologies, Mathews and his researchers saw an increase in stress response to autonomous driving in simulations. What he called “passive fatigue,” or the fatigue response to un-engaged tasks associated with monitoring an autonomous driving system, “produces this rapid loss of task engagement. After 10 minutes, it sets in pretty quickly, and seems like it should be a safety concern.” The study parameters he referenced introduced a “behavioral metric,” he said. “We had a person drive the automatic vehicle and switch back to manual control,” he said, before introducing “an emergency event” in the form of a vehicle entering the roadway ahead. “We found that, again, passive fatigue was more harmful than active. Passive fatigue had greater influence on reaction times,” meaning they were slower, less effective, more dangerous.

Rosekind went on to question individual drivers’ ability to safely navigate Level 3 driver-assist autonomy. “Are people going to get complacent at Level 3? Of course they are. We’ve been studying that for 20 years” in aviation with autopilot technologies.

Rosekind warned that “anything that impairs a driver to not be able to take control” will be used by advocates for fully driverless technologies to get the regulatory response they’re hoping for — removing the human from the loop, getting the  “human out of the way,” Rosekind said.

There’s not enough data to support that move as yet, but, Rosekind suggested, it could simply be a matter of time, if not for commercial vehicles, where the stakes are higher, then certainly for the personal passenger variety of vehicle. 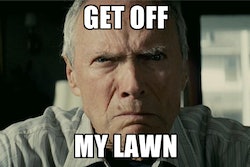 Bumps and squiggles on the road to Automatic Hell 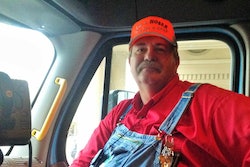