Trucker Buddy is a pen pal system between screened truckers and students in grades K-8, supervised by their teachers. It’s goal is to educate schoolchildren on the importance of truck drivers.

Gary Killian, a driver for Cargo Transporters, was recognized for his partnership with teacher Rita Woodley and her class at Cotton Belt Elementary in York, South Carolina. Killian, of Claremont, North Carolina, was the only honoree able to attend MATS.

“I give them a chance to ask me anything they want to ask me about the trucking industry, my life, whatever – it doesn’t matter. I don’t hold back on anything,” Killian said. “I give them 100 percent and I think they appreciate that.”

Trucker Buddy International honored the following drivers as part of the 2016 Outstanding Teachers class at MATS:

Also at MATS, Trucker Buddy announced Dave Huneryager of the Tennessee Trucking Association was elected to the board March 24. Gloria Clements was also recognized as Trucker Buddy’s new director of development. 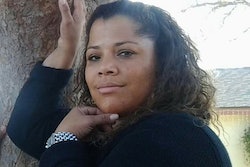 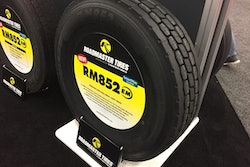 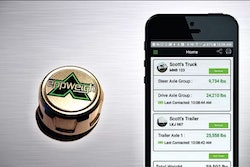 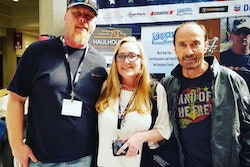