This year’s winners, all of whom will have a TA/Petro travel center named in their honor, include:

He added that all of them exemplified what it takes to be a leader and that each member of this group of drivers has the trait exhibited by all great leaders: they take action. O’Brien said they are unwilling to sit still when they see something that needs to be addressed. They don’t need to be told to act, they just do, he added.

All of the nominees have been active in their home communities as well being exemplary drivers. The five finalists were chosen from a field of 14 nominees.

During his presentation, O’Brien said TA/Petro plans to take the recognition program on the road in the future. The goal, he said, is to “take it up a notch,” keep it “fresh and exciting,” and expose people in other parts of the country to the good works performed by Citizen Drivers. 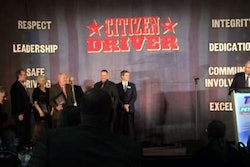 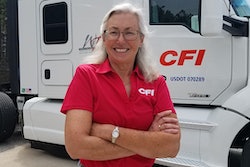