UPDATE: Tuesday, April 4, 10:30 a.m. Central: Georgia DOT in a press conference Tuesday morning laid out its reconstruction plan for the collapsed section of I-85 and gave an “aggressive but attainable” date of June 15 to have the interstate reopened.

Although through trucks are required to use I-285 to go around the city, car traffic is being diverted onto I-285 and other highways as a result of the collapse, causing backups and delays on those roadways.

Approximately 700 feet of the interstate will have to be reconstructed as a result of last week’s fire. According to an Atlanta Journal Constitution article Tuesday, GDOT says it will use contracting and other incentives to expedite the reconstruction process.

ICYMI – we have an aggressive but attainable plan to have I-85 rebuilt by June 15. Watch our status update here https://t.co/I22IACiXBe pic.twitter.com/d5u04gED7k

The U.S. Department of Transportation has issued $10 million in emergency funds to the state of Georgia to help initiate repairs on the section of Interstate 85 that collapsed Thursday evening.

A fire underneath an overpass on I-85 just outside of Atlanta caused the overpass to collapse, indefinitely closing both lanes of the major corridor. Through-trucks are required to use the I-285 bypass regardless, but now the state is diverting car traffic from I-85 to I-285, which could cause greater congestion on the bypass route.

The DOT says the $10 million in so-called “quick release”funding will be used to restore emergency access and to initiate the most critical repairs to the damaged roadways and bridges in the next few weeks.

The bridge was built in 1953 and reconstructed in 1985 to accommodate increased traffic volumes. This section of I-85 carries an estimated 400,000 vehicles per day.

The funds are considered a down payment on the costs of short-term repairs, says the DOT, which can make long-term repair work possible in coming weeks. The DOT’s Federal Highway Administration’s emergency release program provides funding for highways and bridges damaged by natural disasters or catastrophic events.

The Georgia DOT has issued the detour map below. For real-time updates, check GDOT’s 511 updates. 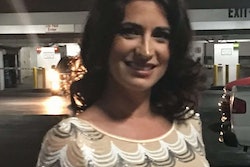