A bill that would exempt carriers from state laws requiring paid meal and rest breaks for drivers and, at least short term, exempt livestock haulers from compliance with the federal electronic logging device has been passed by the House Appropriations Committee’s transportation subcommittee. The full Appropriations Committee is set to debate and consider the legislation Monday, July 19.

In the wake of the 2018 DOT funding bill’s unveiling Tuesday, a group representing cow haulers applauded the language exempting livestock haulers from the Dec. 18 compliance date. The bill does not specify when livestock haulers would be required to adopt ELDs. It only prevents FMCSA from enforcing the ELD mandate in the 2018 fiscal year, which ends Sept. 30, 2018. “This delay will give us time to address our industry-specific concerns, and give us more time to work with federal regulators to add needed flexibility, as hauling livestock has many challenges and variables,” says Kevin Kester, president-elect of the National Cattlemen’s Beef Association.

The provisions are not yet law, however, and must clear significant hurdles before being enacted. In addition to passage in the U.S. House, the Senate must also pass the bill or provisions that match the House’s trucking riders.

The bill’s ELD exemption isn’t limited to cow haulers. The bill points to language from a transportation bill from the 1980s that defines “livestock” as “…cattle, elk, reindeer, bison, horses, deer, sheep, goats, swine, poultry (including egg-producing poultry), fish used for food, and other animals designated by the [Secretary of Agriculture] that are part of a foundation herd or offspring.”

By the provisions spelled out in the bill, truckers transporting any of the aforementioned livestock breeds would fall under the bill’s ELD waiver.

The measure is meant to protect carriers from court-ordered payouts. It’s also meant to reinforce the federal government’s role in governing truckers’ hours of service, rather than allowing states to intervene and create a patchwork of work time-related laws.

Opponents of the measure, however, argue it will kill driver pay reform efforts ongoing at the state level.

The DOT funding bill also requires the Federal Motor Carrier Safety Administration to implement reforms to its Compliance, Safety, Accountability system — as recommended by the National Academies of Science — before it can proceed with a Safety Fitness Determination rulemaking. The agency’s most recent attempt at an SFD rule, published last January and withdrawn this March, sought to overhaul the agency’s carrier rating system by tossing out the Conditional, Satisfactory and Unsatisfactory ratings in lieu of a simple “Fit” or “Unfit” determination.

The Fit and Unfit designations would be calculated in part by carriers’ scores in the CSA’s Safety Measurement System BASICs. However, given the CSA SMS’s myriad of flaws — as uncovered by a litany of public and private research in recent years — the trucking industry has pushed back on FMCSA’s plans to use the SMS as a way to determine carriers’ safety fitness. 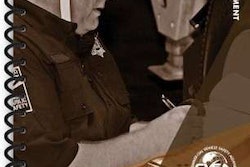