The U.S. House late Monday unveiled a bill that, if made law, would prohibit states from requiring carriers to give drivers paid meal and rest breaks, as mandated by some states, and exempt livestock and insect haulers from compliance with the U.S. DOT’s electronic logging device mandate.

The bill, a 2018 appropriations bill that would fund the DOT through the 2018 fiscal year, also requires the Federal Motor Carrier Safety Administration to adopt reforms to its Compliance, Safety, Accountability carrier safety rating system before proceeding with a Safety Fitness Determination rulemaking. The agency in March withdrew an SFD rule proposal, issued in January 2016. That measure would have relied in part on a categorical structure similar to that of the CSA program’s Safety Measurement System to judge carriers’ safety fitness and issue a safety rating.

Congress pulled the SMS and its percentile rankings from public view with the 2015 FAST Act highway law. The law also directed the National Academies of Science to study the program and recommend changes to FMCSA on how to make the program more accurate in its assessment of motor carriers’ safety. The NAS released its report last month, in which it recommended FMCSA take steps to bolster its data collection and institute new statistical models for calculating carriers’ CSA scores. See coverage of the report and its recommendations at this link.

If the House’s DOT funding bill is made law, FMCSA would be required to adopt the NAS’ recommended CSA reforms before issuing another Safety Fitness Determination rule.

The meal and rest break provisions in the House bill are a part of a continued push at the national level to rein in states’ ability to regulate drivers’ work schedules and, to an extent, driver pay. The so-called Federal Authority provision in the bill reinforces the federal government’s authority in regulating drivers’ work schedules, as established by the 1994 Federal Aviation Administration Authorization Act.

States would be prohibited from requiring carriers to allow drivers paid meal and rest breaks. The language also seemingly protects carriers from being required by law to pay drivers for non-driving tasks, as some courts have ruled in recent years.

California requires employers to give their workers paid meal and rest breaks at certain intervals. Though it’s the only state that currently requires paid breaks, court precedents set in recent years could pave the way for similar state-level laws.

Carriers have argued they were exempt from such paid break requirements, given the protections set by the FAAAA (aka F4A). A federal appeals court in 2014, however, ruled carriers must afford drivers the breaks and hit defendant Penske Logistics with a $750,000 settlement order.

The language in the House bill is intended to protect carriers from such court-ordered payouts and to prevent them from having to comply with state-level laws that interfere with drivers’ daily 14-hour work window.

Carriers, per the language, would also be protected from “additional obligations” if drivers “work to the full extent…as permitted” by federal hours of service regulations. Though the language is vague, it could protect carriers from court-ordered payouts regarding drivers’ non-driving time tasks. Walmart was ordered earlier this year to pay drivers $60 million in back pay for non-driving time.

Opponents of the language argue the provisions would stamp out driver pay reform efforts ongoing at the state level.

For the bill to become law, it must be passed by the House and the Senate and signed by President Trump. The Senate has not yet released its version of the DOT appropriations bill, though it does include the meal and rest break language in another bill — an FAA reauthorization bill that cleared the Senate’s transportation committee last week. 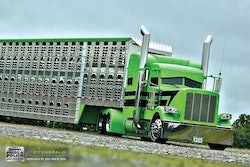 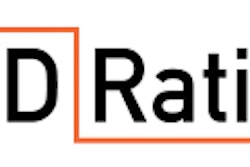