“The new regulation and the holiday push definitely made for an even tighter market, though,” Sullivan says. “And the national load-to-truck ratio for vans hit its highest number ever. As a result, rates were up pretty much everywhere.” 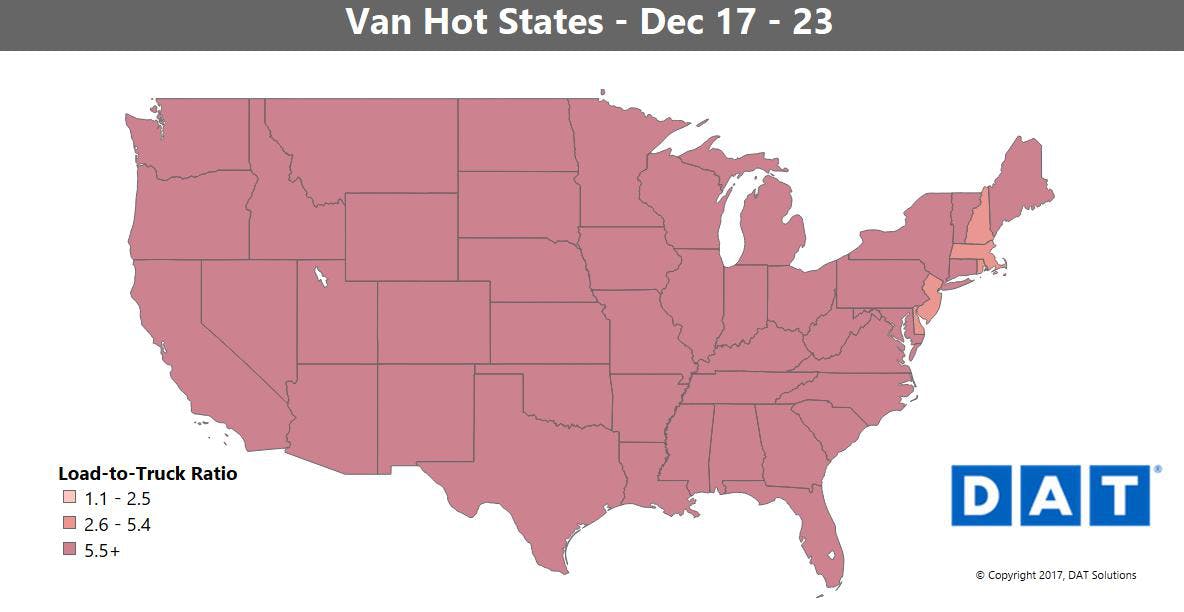 The map above shows just how tight the spot market was last week, with most states well above the 5.5 loads per truck that marks the darkest shade favoring truckers in dry van. The national average load-to-truck was 10.1 for the week.

Van overview: A lot of truckers took time off last week ahead of Christmas, which meant there were already fewer trucks on the road. It was also the first week under the electronic logging device mandate, and the combination of the upcoming holiday and new regulations pushed the national load-to-truck ratio for vans up higher than it’s ever been – 10.1 loads per truck.

Way more loads than usual for the pre-Christmas week included a bevy of scenarios, from last-minute holiday gifts to food and more. As a result, van rates rose out of nearly every major market last week. Of the top 100 van lanes, a whopping 82 had higher rates, which is also probably a record. Rates peaked pretty much everywhere last week except for Chicago and some West Coast markets that hit their high points in November.

Hot markets: The pre-Christmas push put extra pressure on rates in the eastern side of the country, though parts of the Midwest and Northeast were quiet on Friday. Dallas actually had the sharpest gains, with outbound rates up 7 percent on average. Other big winners: Atlanta, Philadelphia, Allentown, Pa., and Columbus, Ohio.

Not so hot: Seattle was the only market where the outbound average declined last week. Still, the average rate was 50 cents higher than the average outbound in Denver. Otherwise, there weren’t too many significant drops on a lane-by-lane basis.

Rates were up nearly everywhere last week, but “up” is not high enough when you’re looking for a load out of Miami in the off-season. It’s always helpful to have a split-route option out of there. This one works theoretically for both vans and reefers. Last week, the southbound trip from Atlanta to Miami paid $2.88 per mile, but vans were getting only $1.05 on average to return from Miami to Atlanta. That’s an average of $1.97 per mile for the round trip. You can do better with a reefer, but the length of haul is 660 miles, and that might not be a one-day trip with an ELD. Look for a load from Miami to Savannah, Ga.. At an average $1.09 it’d be only a 4-cent-per-mile improvement, but it’s fewer miles. Another load then from Savannah to Atlanta should do considerably better — at an average $2.37/mile last week, it’d add $428 overall to your total for the three days – $3,000 instead of $2,600. You can also improve your total miles and revenue on the way down, by starting out with a load from Atlanta to Charlotte, then a second one from Charlotte to Miami. If you do that Savannah stopover on the way back up to Atlanta, the four-way trip adds 400 loaded miles, give or take. You’ll drive 1,700 total miles, not including deadhead, and you’ll make three stops. But you’ll get paid more than $5,000, so if it works with your schedule and hours of service, it could be a good run. 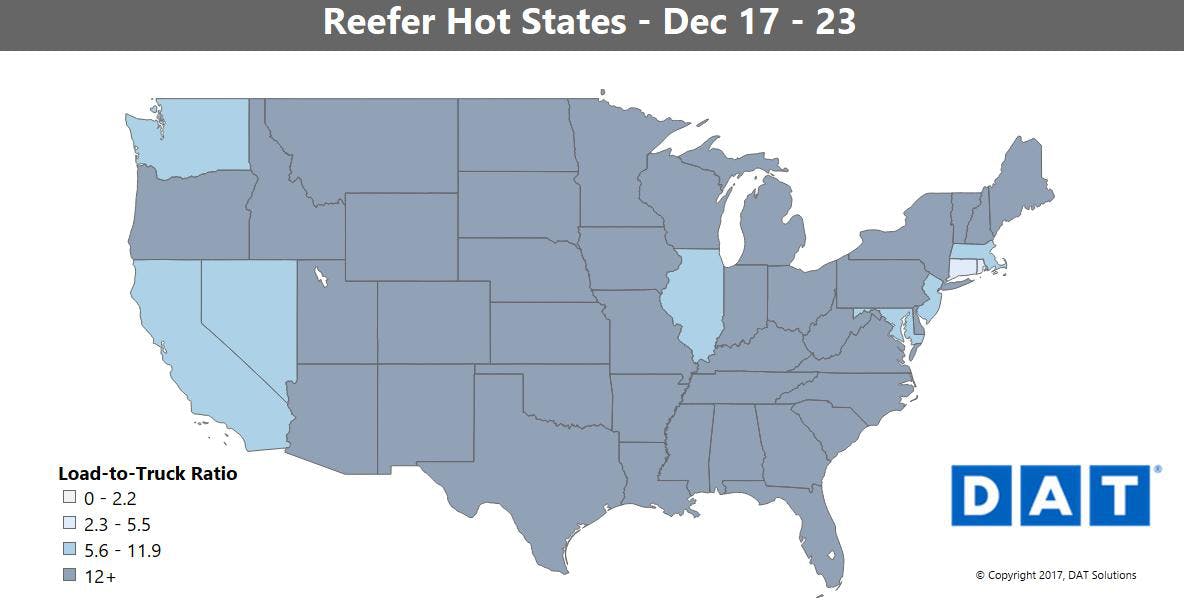 Reefer overview: Reefer load counts were up big before Christmas, probably a sign of last-minute shipments ahead of the holiday. Volumes were especially high in big produce markets in California, Texas and Florida, and just like with dry van freight, reefer rates rose pretty much everywhere due to the tighter capacity.

Hot markets: Just as with vans, Dallas was the big winner for reefers last week. Outbound rates there were up 13 percent, and the lane from Dallas to Denver shot up 53 cents to $2.58 per mile. There were also some dramatic increases out of California. The lane from Sacramento to Portland, Ore., shot up 91 cents to an average of $3.78 per mile.

Not so hot: It wasn’t such a good week in Green Bay, Wis., though. Volumes and rates were way down, plus the Packers were eliminated from the playoffs. Not a good week at all. 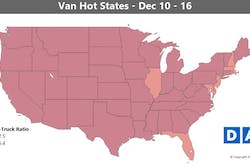 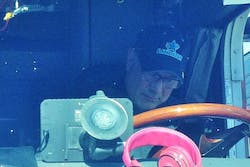 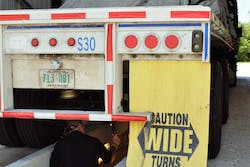