The anchor story in this feature about how blockchain technology could impact trucking as an owner-operator:

Blockchain in Transport Alliance President Chris Burruss sees location data as ripe for blockchain treatment, both for backward-looking and real-time tracking purposes. Cellular and telematics tracking of location data is nothing new, but blockchain systems could do a better job of allowing such data to be harnessed for automating detention-pay contracts and helping drivers and shippers/receivers work within available hours.

Existing technology makes it possible to define a geofenced location within another geofenced location. Using geofencing and sensor-produced shared data could add sophistication to pricing schemes in smart contracts.

For example, when a driver crosses the receiver’s first geofence boundary, it triggers an update for the receiver, which could include the driver’s available hours if he’s using an electronic log, and sharing of information about docks with the carrier, Burruss says. Then if the driver “sits in the line for two hours,” the system knows it. “There’s a secondary geofence then around the dock. You now have a record of when that driver entered the secondary geofence to unload.”

Using that data as part of a blockchain smart contract would benefit both the fleet and the driver, who gets paid automatically for the documented detention time in addition to his take on the load. If perhaps that driver is almost out of hours and the facility personnel know it, prioritizing loading or unloading could be possible with the right contract terms and smarter management of in and out times.

Burruss acknowledges this is one area where “there will be resistance to sharing information.” That notion is evidenced in widespread owner-operator opposition to the ELD mandate, which puts a third-party GPS monitor in virtually every truck.

Where agreement can’t be reached about the suitability of blockchain use for a particular problem, Burruss says, “maybe you move on to the next discussion. That’s why it’s important when we talk about use cases that we find the ones where there is consensus.”

As cases show up that actually provide a true benefit to small fleets, look for comfort with information sharing to grow, he says.

Potential new utility for driver credentials, carrier performance history
Individual drivers’ and carriers’ histories in trucking are documented more thoroughly than ever, and blockchain technology promises to take the process even further.

A blockchain application has emerged in the area of credentialing that, for drivers, could compile driver certifications – for use at gates, at roadside and with potential employers.

For carriers, a blockchain might include information on carrier authority, insurance status, compliance information, inspection and crash data and anything else necessary for a transaction.

That’s where the concept of a “blockcert,” a private key that would allow an individual or business to control access to such information on a blockchain, could come into play.

“The blockchain can provide your drivers with identity documents” to assist them with passing through security checkpoints or when dealing with roadside enforcement, said Natalie Smolenski, speaking in November to BiTA members at their first meeting, as reported by BiTA’s online magazine Freightwaves.com. Smolenski is vice president of business development for Learning Machine, which is developing Blockcerts.org in conjunction with the Massachusetts Institute of Technology.

The website and mobile app provide a way for individuals to take some semblance of ownership of that data, as well as a way to share that information with those who need it.

Shippers and receivers also might use such blockchain identities to ensure the proper driver and truck has arrived to pick up or deliver its shipment, thereby mitigating against cargo theft. The complete and unaltered driver’s records, including awards and recognition, could be made available quickly.

Blockcerts is being built to provide all manner of individuals a way to “verify the information” and create a “public key” to the blockchain for other parties, Freightwaves reported. For drivers, it could “be used for job applications or to send to anyone else needing access to information in the driver’s blockchain. The public key does not allow viewers to change any of the information, so all the data remains secure.” 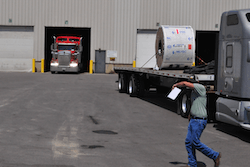 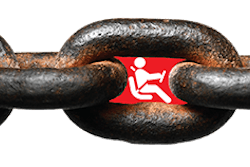 Blockchain: Chance to speak to a shared language 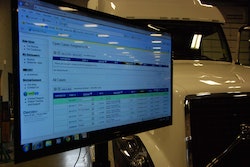