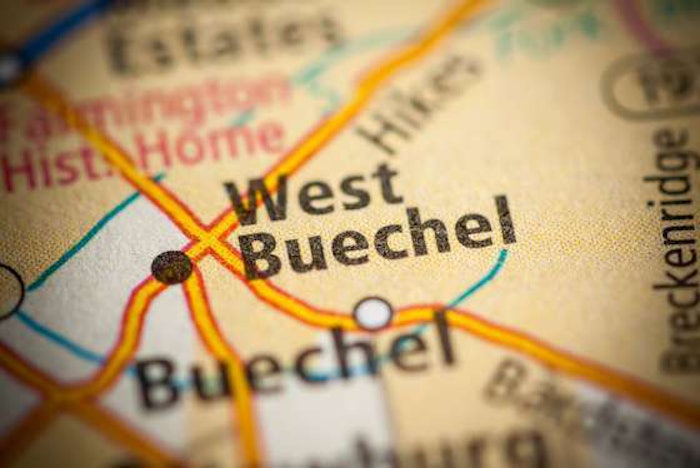 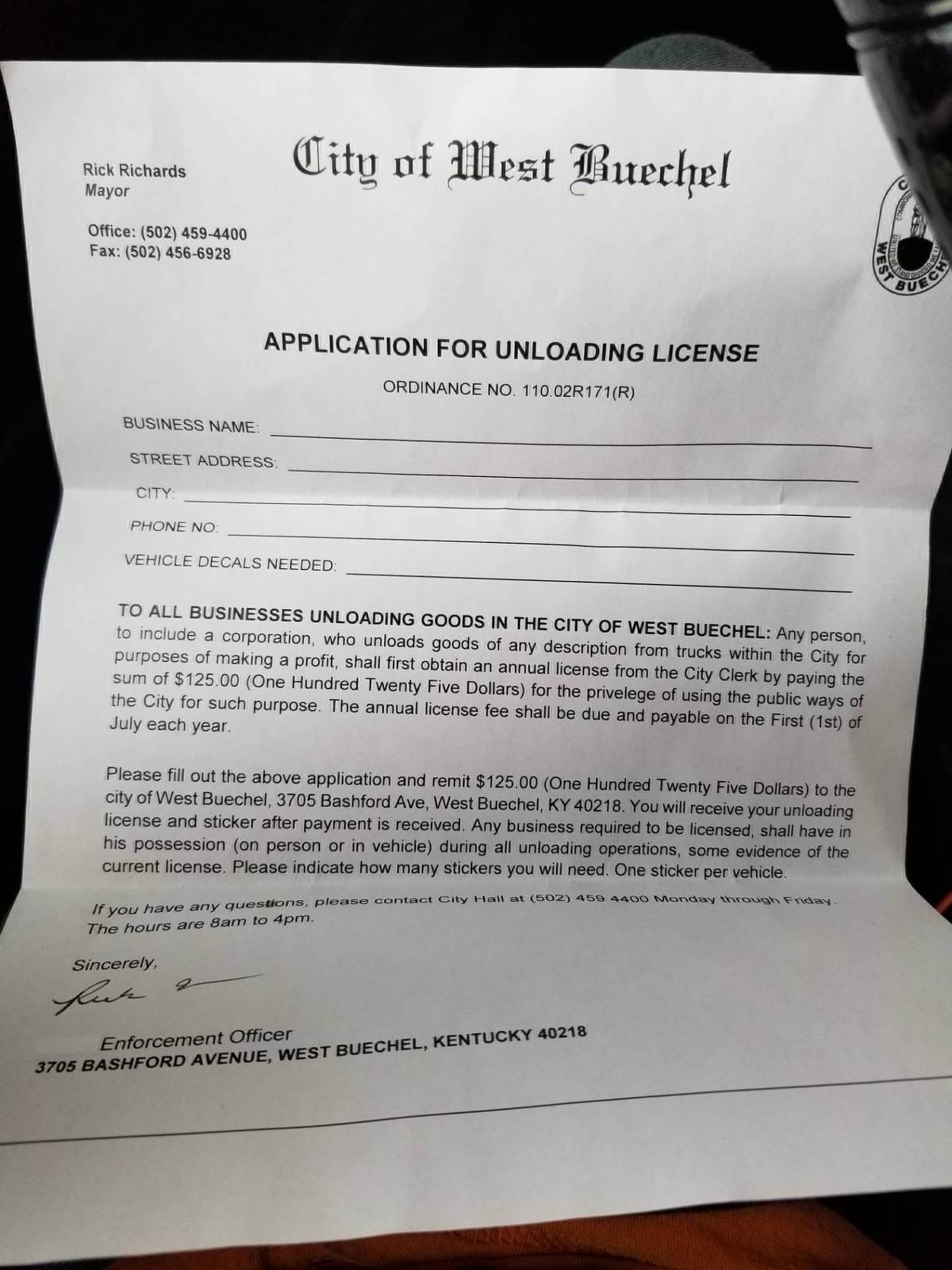 This photo of West Buechel’s unloading license application was posted in a trucking Facebook group.

The ordinance in West Buechel, a .6-square-mile town in the Louisville suburbs, states that businesses within the city limits receiving truck deliveries may pay a $125 annual licensing fee, and the city then provides those businesses with stickers to distribute to the drivers who are delivering for them. With that sticker, a truck driver can park or sleep in town without a problem because they have made an in-city delivery.

The confusion started with a Facebook post about the ordinance, posted by a truck driver, that was making the rounds through trucking groups early last week. Many truckers interpreted the ordinance as saying that they have to pay a $125 fee to deliver to the area, but Assistant City Clerk Ariana King says that that is not the case.

“That is not at all what is required of these truckers when they’re coming to our city,” she says. “If that trucker is delivering his own goods, then that would be different. But if he’s delivering goods for Walmart, then Walmart is liable to pay that, not him.”

Drivers who park or sleep in town without such a sticker are subject to a $25 citation, per city policy. However, if they are making or did make an in-town delivery, they can call city hall and explain the situation, and they can have the citation voided. The $25 citation does not increase in cost with repeated offenses – it remains $25 for each offense.

The policy was created to discourage truckers who weren’t making in-city deliveries from parking their trucks within town limits. King says the small town of just 1,301 people cannot accommodate those truck drivers, and can only accommodate those making deliveries within city limits.

“It’s not that we don’t like truck drivers. We just can’t harbor them in our city. We’ve never been able to,” King says.

The Walmart in West Buechel is one of the few Walmarts that aren’t open for 24 hours, which “really does throw a lot of truckers off because most of them are 24 hours and most of them have semi-friendly parking and then you’ve got this one out of nowhere and it kind of throws people off,” she adds.

The text of the ordinance reads: “Deliveries made within the city limits. Any person, firm, or corporation selling and/or delivering directly for sale (including, but not limited to retailers, householders, wholesalers and distributors) food products, hard goods, clothing, or any other items for resale or individual uses, shall pay an annual license fee of one hundred twenty-five dollars ($125.00). (Rev. 5-99)”