A bill that would allow CDL holders under the age of 21 to cross state lines has been filed in the U.S. Senate. The Drive-Safe Act, which was also filed in the U.S. House in March, would institute extra training hurdles and require 18-20-year-old drivers to log hundreds of hours behind the wheel alongside a more experienced driver before being permitted to operate interstate. The bill is backed by the American Trucking Associations.

Currently, federal law prohibits interstate operations to drivers 21 years and older. However, proponents of allowing younger drivers to cross state lines argue that, in large states, drivers can operate on trips hundreds of miles long, yet can’t make much shorter trips across multiple states. They also argue that bringing drivers into interstate trucking at 18 or 19 instead of 21 could expand the industry’s ability to attract career truck operators.

The bill was filed by Sens. Todd Young (R-Ind.), Jerry Moran (R-Kan.) and Jim Inhofe (R-Okla.). It would require prospective 18-20-year-old interstate truckers  to operate at least 400 hours of on-duty time and 240 hours of driving time, both with an experienced driver training them, before they can drive interstate. Training would be restricted to trucks equipped with active braking systems, video monitoring systems and speed limiters set to 65 mph or slower.

Under the direction of a Congressional statute passed in the 2015 FAST Act, the Federal Motor Carrier Safety Administration is prepping a pilot program that will allow 18-21-year-old CDL who are military veterans to drive interstate. 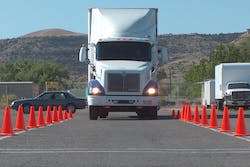 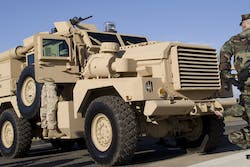 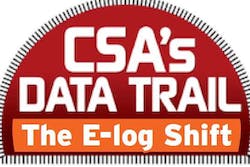