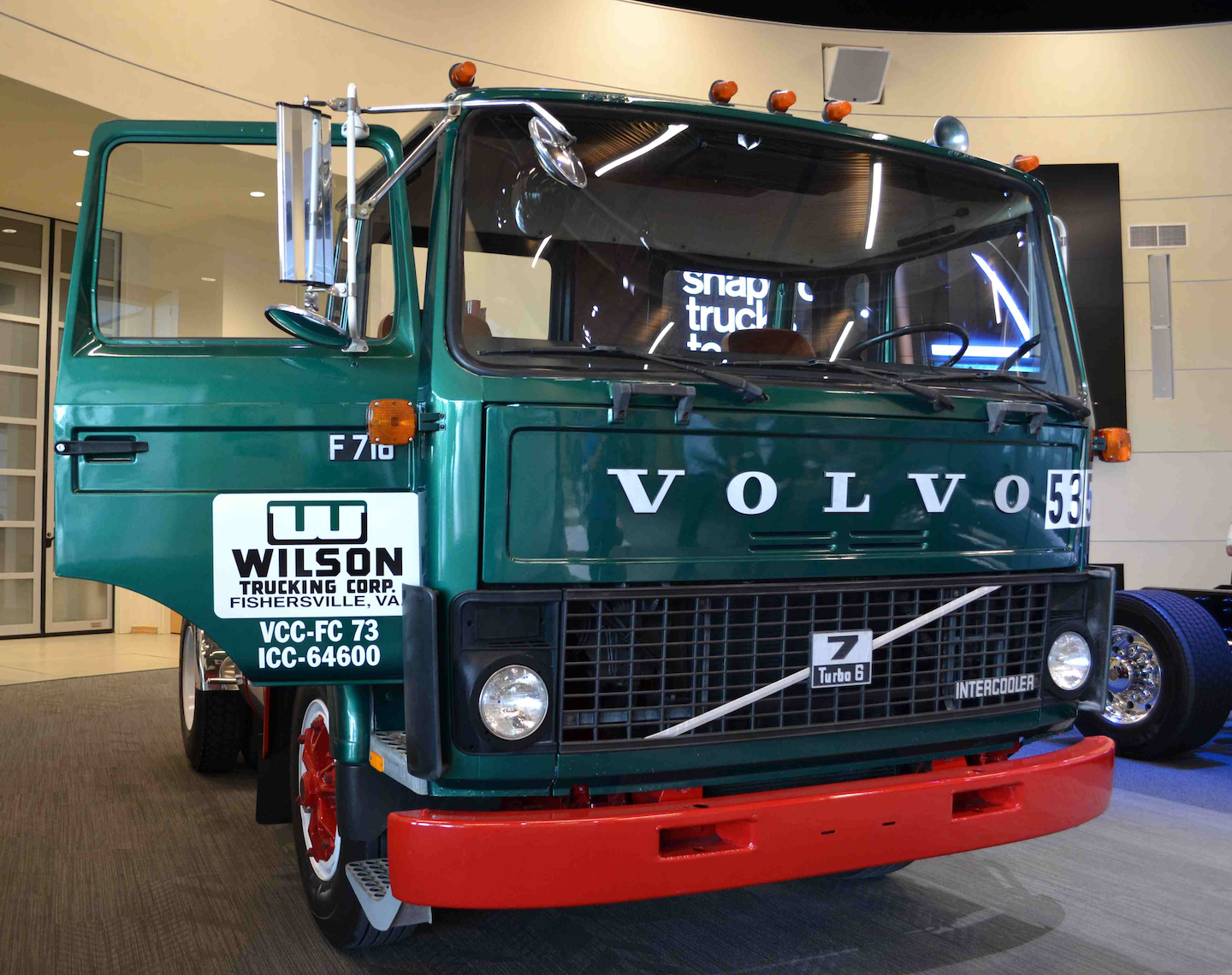 This 1982 Volvo F7 was the first Volvo Trucks model to be built in the United States at the Virginia New River Valley plant. 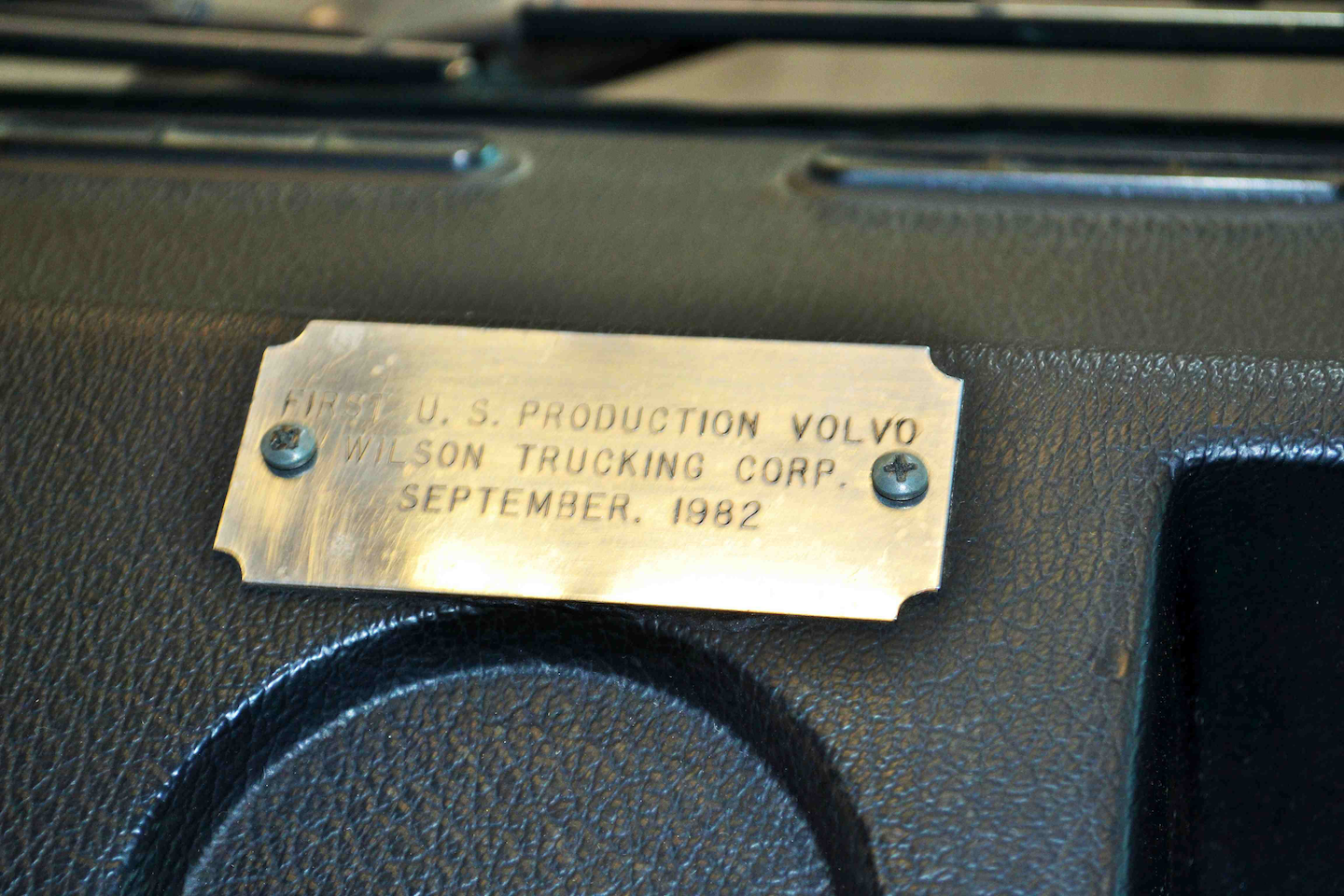 This dash-mounted plaque was installed during the original production to commemorate the first U.S.-built Volvo truck.

The 1982 Volvo F7 model will reside at the Volvo Trucks Customer Center, adjacent to the plant. Volvo and Wilson Trucking enjoyed a long-standing relationship beginning in the 1970s, when Wilson Trucking purchased the first Volvo F86 model sold in the U.S. In 2011, Wilson Trucking took delivery of the 500,000th U.S.-built Volvo truck model. 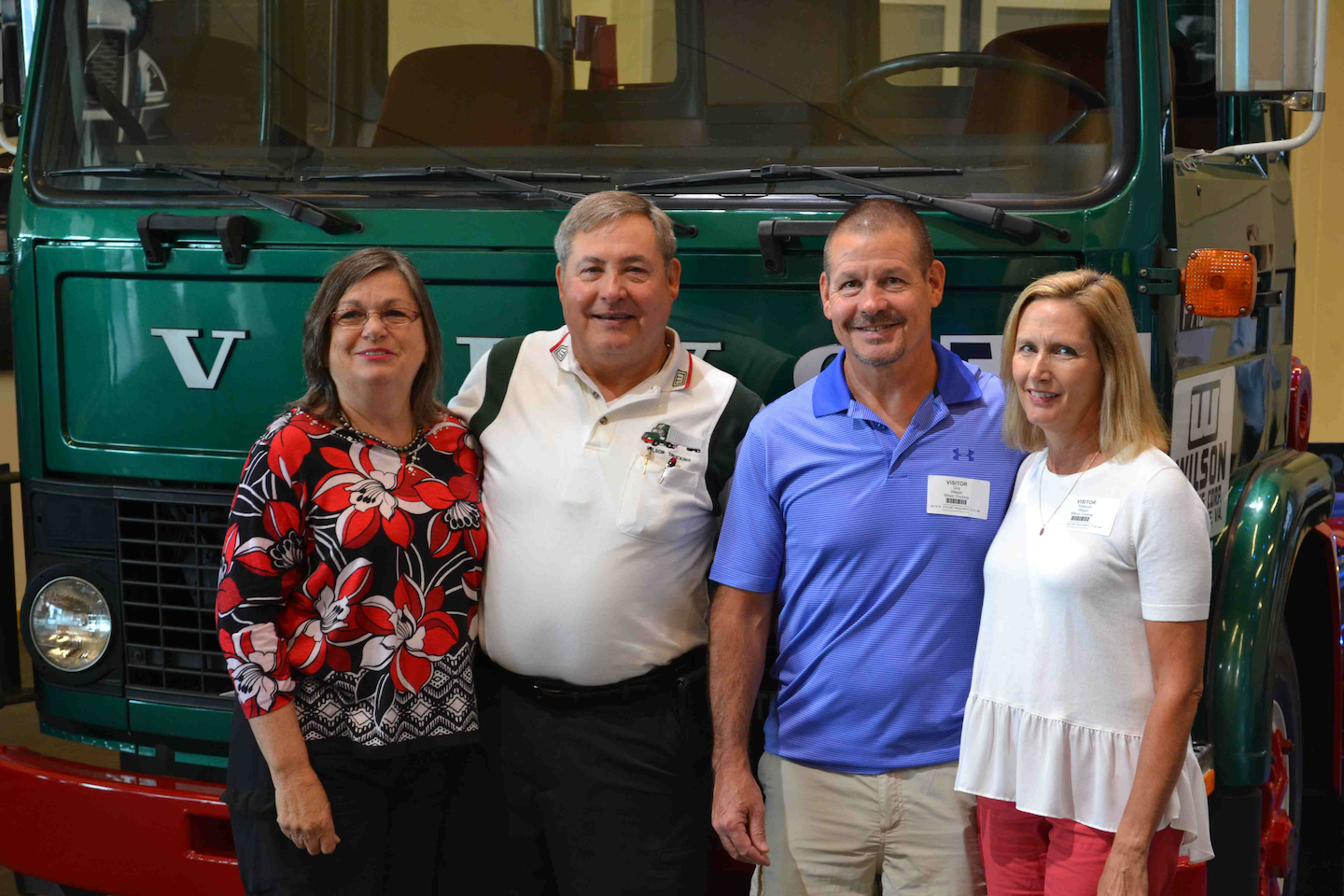 The Wilson Trucking family and the ’82 Volvo cabover, from left: Ginny and Chuck Wilson and Guy and Rebecca Wilson
Get the business tips, industry insights and trending news every owner-operator needs to know in the Overdrive newsletter.
Read Next