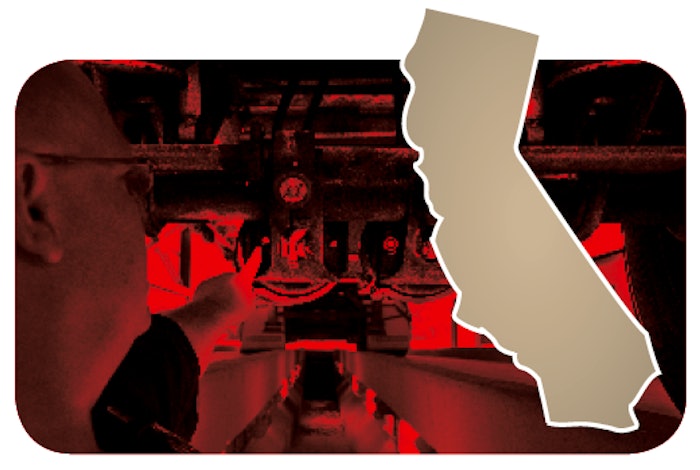 A legislative package unveiled by Congress on Sunday to reauthorize the Federal Aviation Administration does not include a measure that would block states from requiring carriers to provide drivers with paid meal breaks and regular rest breaks. Lawmakers had eyed the must-pass FAA reauthorization bill as an avenue to enact the provision, colloquially known as the Denham Amendment.

The meal and rest breaks provision has been sought by the American Trucking Associations and the Western States Trucking Association in response to a 2014 court ruling that the two groups say has created a wave of lawsuits against trucking companies operating in California. They say carriers operating in the state — and abiding by federal hours of service regulations — are being hit with lawsuits and ordered by courts to pay large sums to drivers for not providing the meal and rest breaks required by California labor laws.

The chances of its inclusion in the multi-year FAA bill are now slim, with the package hailed as a last-minute deal by lawmakers in the Senate and the House. An earlier version of the FAA reauthorization bill, which was passed by the House in May, included the so-called Denham Amendment.

The new bill, H.R. 302 (the Aviation, Transportation Safety, and Disaster Recover Reforms & Reauthorizations), is slated for consideration on the House and Senate floors this week. Proponents of the Denham provision argue that federal law already supersedes any state laws that interfere with drivers’ work schedules. The provision, they argue, would only reassert the federal government’s authority in managing drivers’ hours.

The Denham Amendment is still up for inclusion in other legislation though. Congress must pass this week a bill to fund the Department of Transportation and other departments or face a partial government shutdown. The Denham provision was included in the House’s DOT appropriations bill, which passed by the House’s Appropriations Committee June. But the measure was not included in the Senate’s version.

Groups have also appealed to the DOT to intervene on the issue, and one DOT agency last week did. The Pipeline and Hazardous Materials Safety Administration issued a rule stating that carriers hauling hazmat loads and explosives are exempt from California’s break laws.