Previously in this series: Income distribution with/without an independent dispatcher, and service-evaluation tips

The middleman nature of dispatch services raises issues of value and legality.

Former dispatcher Lesa Burton-Lewis believes that scouring load boards and building relationships with brokers and freight agents, as the best independent dispatchers do well, ought to be achievable for a solo owner-operator with a head on his shoulders.

Burton-Lewis got her start dispatching by occasionally assisting her husband in finding loads. When he leased to a company, she didn’t realize how much she’d learned until the company owner approached her about dispatching for them.

“I just thought there was probably a lot more to it,” she says. The ability to make the phone calls, combined with a little study of the freight markets, makes an independent “better off doing it themselves” and pocketing the fees, she believes.

Robert Greene, an owner-operator based in Fairborn, Ohio, runs dedicated to a broker hauling for the same account load after load. He’s dispatched owner-operators before, and he’s also worked as a broker and carrier agent. It’s taken him decades to fill his Rolodex with freight contacts, illustrating the worth of any experienced dispatcher to owner-operators without the time or inclination to represent themselves directly in negotiations.

Yet Greene, too, is well aware of how easily a rate can get chopped down from what a shipper is prepared to pay after too many intermediaries get their hands on it. “With so much co-brokering going on, you sometimes don’t know whose load you’re hauling,” he says.

Co-brokering is indeed a common practice among brokers, and not always obvious to the carrier hauling the load. In a pure sense, a dispatch service booking a load for an owner-operator is not co-brokering, necessarily. However, it’s a matter of interpretation, and a transportation attorney consulted for this story noted any independent owner-operator using a dispatching service would do well to ask himself why the dispatcher isn’t operating with a brokerage authority and the required bond.

The attorney, who declined to speak for attribution, noted that broker and freight agent regulation suggests that dispatchers representing multiple carriers with their businesses easily could be interpreted as violating the letter of the law. That’s because the language is somewhat “squishy” on multi-carrier agents in regulatory definitions that distinguish between a broker (arranging transportation for shippers and carriers) and a “bona fide” carrier agent (an arranger that is part of the motor carrier’s normal business operations).

Principally, those definitions seem to exclude from the agent category any freight arranger who can effectively use discretion in choosing whether to load one carrier over another. If getting a broker’s license and paying $1,600 a year to get the bond in place would eliminate potential questions of illegality, suggests the attorney, “the further question is ‘Why don’t they'” do just that?

Honest multicarrier dispatchers have survived within the gray area in the regulations in part because the Federal Motor Carrier Safety Administration seems concerned only with blatant fraud, such as double-dealing brokers and agents who would use a carrier or another broker’s authority fraudulently, the attorney suggests.

Justin Taylor of Merge Transit argues that the nature of the spot market and his company’s operation itself eliminates any “discretion” in load assignment because his dispatchers are never in the position of choosing to assign a load to one carrier instead of another. Therefore, he says, his company is excluded from the regulatory requirements of brokers. Other dispatch providers argue that they work only at the behest of carriers one at a time, full stop, likewise eliminating discretion, or that load payment does not flow through their operation, thus they are merely service providers to carriers, not brokers themselves.

Nonetheless, if an accident prompts litigation in a case where a dispatch service was involved, the service doesn’t “want to be accused of being a carrier,” the attorney says through the process of the suit. “You want to be able to show, ‘I’m a freight finder.’” Having brokerage authority and co-brokering agreements in place that clearly assign carrier selection responsibilities can be effective insurance against such legal complications. 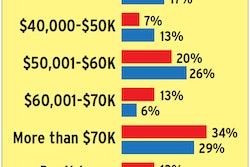 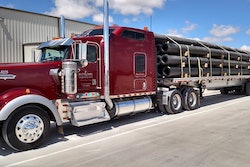