Trailers that qualify for IIHS’ ToughGuard award have rear guards that prevent underride of a midsize car in full-width, 50 percent overlap and 30 percent overlap crashes when a car hits a parked tractor-trailer at 35 miles per hour.

The companies whose trailers meet the qualifications for the award are:

IIHS says these companies represent approximately 80 percent of trailers on the road in the U.S. The group says trailers must meet federal safety standards for underride guards, but even guards that met those standards could buckle or break off in a crash.

“We’re pleased that all the major manufacturers responded positively to our underride tests,” says David Zuby, IIHS chief research officer. “By improving their guards, these companies have demonstrated a commitment to the safety of passenger vehicle occupants who share the road with their trailers.”

According to IIHS, in 2016, 424 of the 2,056 passenger vehicle occupants killed in large truck crashes died when their vehicles rear-ended a large truck, however it is unknown how many of those were underride crashes. 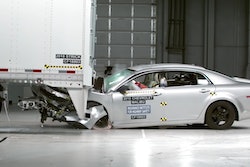 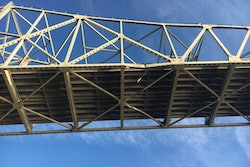 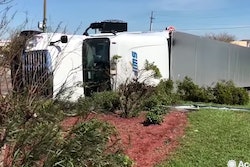