After opening 11 new locations since August 2016, Dupré Logistics’ Strategic Capacity Services (SCS) business group has tripled in size in the last 24 months, the company says, and is implementing a regional reorganization as a result. SCS’ services include freight brokerage, intermodal and transportation management.

Just two years old, the company’s SCS group has grown quickly, plateauing this summer. Dupré notes its leaders recognized the time had come to reorganize to prepare for the next level of service and growth.

Company officials noted they expected to increase personnel by up to 30 percent in the next phase of growth.

“We’ve recently appointed directors for the West Coast, Central and East Coast — people who are focused on sales growth and understand their regions,” noted Angelo Byrd, general manager of SCS at Dupré Logistics. 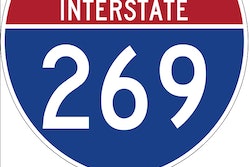 Construction of I-269 completed in Tennessee, Mississippi