A swath of members of the U.S. House have called for an investigation into treatment of employees by carrier giant XPO Logistics (No. 4 in the CCJ Top 250) following reports by The New York Times and The Los Angeles Times that allege poor and potentially illegal practices by the company.

A letter dated Dec. 4 and signed by 97 members of the U.S. House asks for the House’s Education and Workforce Committee to probe claims of discrimination against pregnant women, sexual harassment, driver misclassification and of working conditions that violate federal law. One of the more serious allegations against XPO is that it did not accomodate pregnant employees requests for less strenuous work, at the advice of their doctors, which led to several women having miscarriages, according to the reports by The New York Times and The L.A. Times.

In a statement to CCJ, XPO did not address these claims. But the company said it has overhauled its policies regarding pregnant workers and launched an internal investigation, to be led by Tina Tchen, “a leading expert in gender equity and workplace cultural compliance,” the company says.

“After months of development, with expert input, we’re offering our employees a set of progressive new policies and benefits to provide increased support to pregnant employees, paid family leave and 30 new types of wellness benefits for women and families,” the company’s statement said. “Our new approach is tailor-made to provide the kind of support pregnant women need, without impact for any temporary change in the nature of their work.”

In addition to calling for an investigation into XPO’s treatment of employees, the letter also asks for consideration of new legislation, the Pregnant Workers Fairness Act, which would require employers to “provide reasonable accommodations to pregnant workers,” the letter states.

XPO was founded in 2015, and through a series of acquisitions became one of the largest trucking companies in the nation, with prominent operations in the LTL segment. 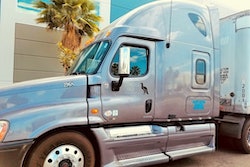 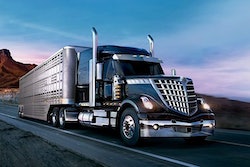