Approximately 200 trucking companies will volunteer their time and trucks to help deliver around 1.8 million wreaths as part of this year’s Wreaths Across America (WAA) national event, which honors U.S. veterans by placing wreaths on their graves both at home and abroad.

National Wreaths Across America Day is Saturday, Dec. 15. This year’s wreaths will be delivered to 1,640 cemeteries nationwide and 26 abroad, including Normandy American Cemetery for the first time. Over 9,000 wreaths were placed on graves at Colleville-sur-Mer, Normandy, France, in a ceremony last weekend.

Truck driver Steve Schildhauer, of Sidney, Nebraska, was selected by WAA as the driver for the Wreaths Across America Honor Truck. Schildhauer is driving a specially-wrapped Freightliner hauling a load of fresh wreaths from Maine to Arlington National Cemetery. He is a U.S. Navy veteran, serving as a Seabee for nine years of active duty, then six-and-a-half years in the reserves. He currently drivers for NSG Transport.

The convoy travels through Maine, New Hampshire, Massachusetts, Connecticut, New Jersey, Pennsylvania, Delaware and Maryland during its route to Arlington National Cemetery. The convoy will make several stops throughout the week for public events. The full WAA Arlington convoy schedule can be found online.

Some of the biggest trucking contributors to WAA include J.B. Hunt, C.R. England, Schneider and more. J.B. Hunt says more than 2,000 of its employees will volunteer for Wreaths ceremonies across the country, and 42 of the company’s drivers were selected by company leadership to transport wreaths from Harrington, Maine, to their final destination.

Additionally, Dart Transit, which is hauling nine loads of wreaths from Maine to Washington, D.C., is highlighting the WAA event this weekend with a series of Facebook Live broadcasts on the company’s Facebook page.

Wreath production for WAA started in October and will continue through Thursday. Wreath sponsorships are still being collected for Arlington National Cemetery, which was about 25,000 sponsorships short as of Dec. 10. It takes 253,000 wreaths to cover all of the markers at Arlington National Cemetery, which includes a wreath for each column of the Columbarium. There are almost 400,000 people buried at the cemetery, with many families sharing a headstone.

“Each wreath sponsorship is $15 to sponsor so with a few days left to raise the necessary sponsorships for Arlington, we’re close to our 1.8 million goal,” said WAA spokesperson Amber Caron. 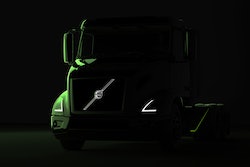 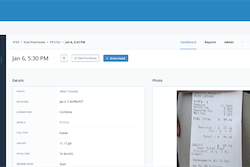 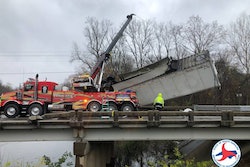