After trending downward through most of the second half of 2018, per-mile spot market flatbed rates ticked upward in December, according to data from Truckstop.com. Likewise, van rates climbed slightly, too, after falling off since July.

Reefer rates, however, went the opposite direction. After jumping in November, the segment’s per-mile rates fell a dime on average nationally in December to $2.61, according to Truckstop.com. However, reefer rates were still up a dime from the same month in 2017. Reefer rates hit $3.02 a mile in June 2018. 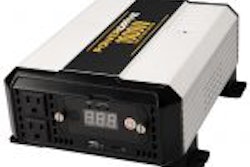 2018 in review: A month-by-month look at the year’s top stories