A truck driver out of Sacramento, California has been named a Highway Angel by the Truckload Carriers Association for assisting at an accident scene after a tree fell on two cars.

Matthew Kondrick, a driver for Melton Truck Lines, was driving in a heavy rain and wind storm in July when he saw traffic breaking up ahead of him. “And then I noticed that a tree had come down and crushed two cars in front of me,” he said.

At this point, Kondrick stopped his truck and blocked the area to help prevent a pileup. The former firefighter then grabbed his tools out of his truck and ran to check on the occupants of the damaged vehicles.

When he approached the first vehicle, he saw the roof was completely gone and found a woman and her daughter, both visibly shaken but coherent. “I assured the passengers that everything was going to be alright, and then used my spotlights to secure the area until law enforcement arrived,” Kondrick said. In the second car, he found a man and a Basset Hound.

While waiting for emergency responders, Kondrick went back to his truck and grabbed a soda and some dog treats to give to the victims until paramedics arrived.

For his willingness to help, TCA presented Kondrick with a certificate, patch, lapel pin and truck decals, and Melton Truck Lines also received a certificate acknowledging their driver as a Highway Angel. 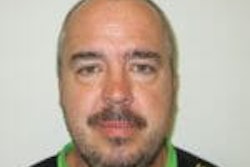 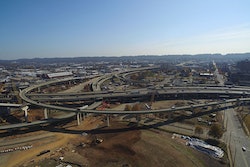