Drivers will need to register in Drug and Alcohol Clearinghouse to change jobs, ensure accuracy

The federal CDL Drug and Alcohol Clearinghouse, which will be a database of truck drivers who have failed or refused a drug or alcohol test, takes effect in January 2020, and drivers intending to transition to new jobs or ensure a clean record within the Clearinghouse will need to register as users.

The onus will be on drivers to register within the Clearinghouse so that they can consent to allowing carriers to query the database for their records, says DeLorenzo. Registration is slated to begin in October, he said, and it is required for any driver looking to a new driving job in January 2020 and later.

Though registration and consent to queries are only required when a driver is beginning a new job, DeLorenzo encouraged all drivers and owner-operators to register as users to ensure their testing information is accurate. Also included in the Clearinghouse will be whether drivers completed the return-to-duty process if they have failed a drug test.

Only positive tests will be filed to the clearinghouse, and no information will be available about negative tests, he said. But should any inaccurate information be uploaded to the Clearinghouse, registered users will know and can file a DataQ request to correct it.

For independent owner-operators, however, registration isn’t as much a necessity, since they’re not part of hiring processes.

The Clearinghouse rule was finalized in 2016 after Congress mandated the rule within the 2012 MAP-21 highway law.

Part of drug/alcohol database rule could be delayed; bulk of rule still slated to take effect in January

FMCSA to charge carriers $1.25 per query in new drug and alcohol clearinghouse 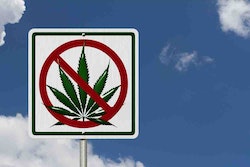 Podcast: What do state laws on marijuana mean for truckers?