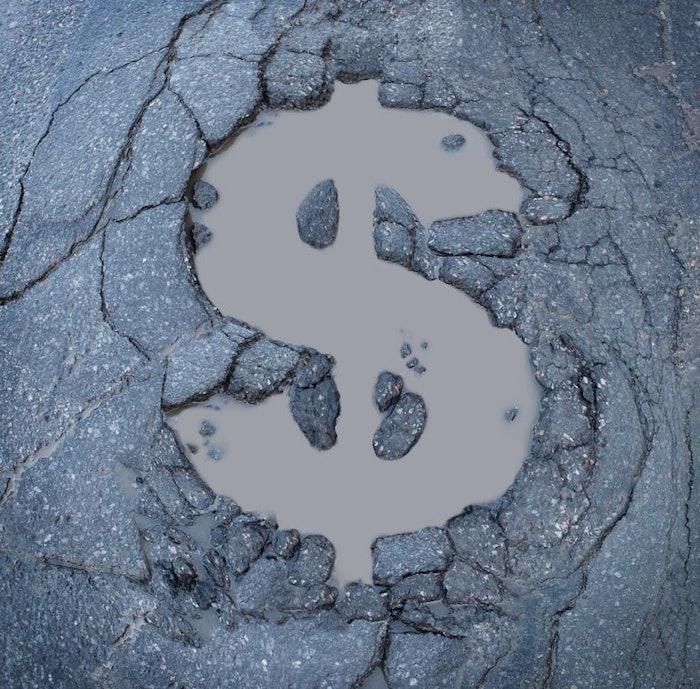 Chris Spear, ATA president and CEO, said the first phase of the six-figure, eight-week campaign will start Wednesday, April 3, with a digital ad campaign and 60-second television commercial (see video below) that will run in D.C. television markets as well as national Sunday shows, as well as the launch of the website RoadtoaBetterFuture.com.

The second phase of the campaign will target congressional districts of members of the House Ways & Means and Transportation & Infrastructure Committees as well as major congestion bottleneck regions including Atlanta, New Jersey and Houston. ATA also will host events in those areas with ATA carrier members, their drivers and state organizations.

Spear said the average American spends 42 hours annually sitting in traffic, resulting in $1,600 in wasted gas during long commute times and damage to vehicles as a result of poor roads. Spear added that trucks make up only 4 percent of all vehicles on the road, but the trucking industry loses $74.5 billion per year due to congestion and damage from poor roads, both factors that contribute to emissions and higher prices for consumer goods.

“This is the right thing to do for the country,” said Spear. “As an industry that pays half the tab into the Highway Trust Fund, it is our responsibility to lead and help pave the way to get this bill done.”

Spear is optimistic that infrastructure legislation will take shape in the next six to eight weeks and will garner bipartisan support. In the absence of meaningful federal infrastructure funding, Spear said 23 states have raised fuel taxes, but the money generated is “a fraction of what they need,” especially in rural states that don’t have the capacity to raise enough revenue or the administration to oversee it.

“It comes down to U.S. Department of Transportation and Congress to help states have a real plan so that our economy grows as one and not as 50 siloed economies,” said Spear. “Interstate connectivity is absolutely critical. Otherwise state efforts will fall short of what is needed to raise the money. We need the federal government to step in and help them out.”