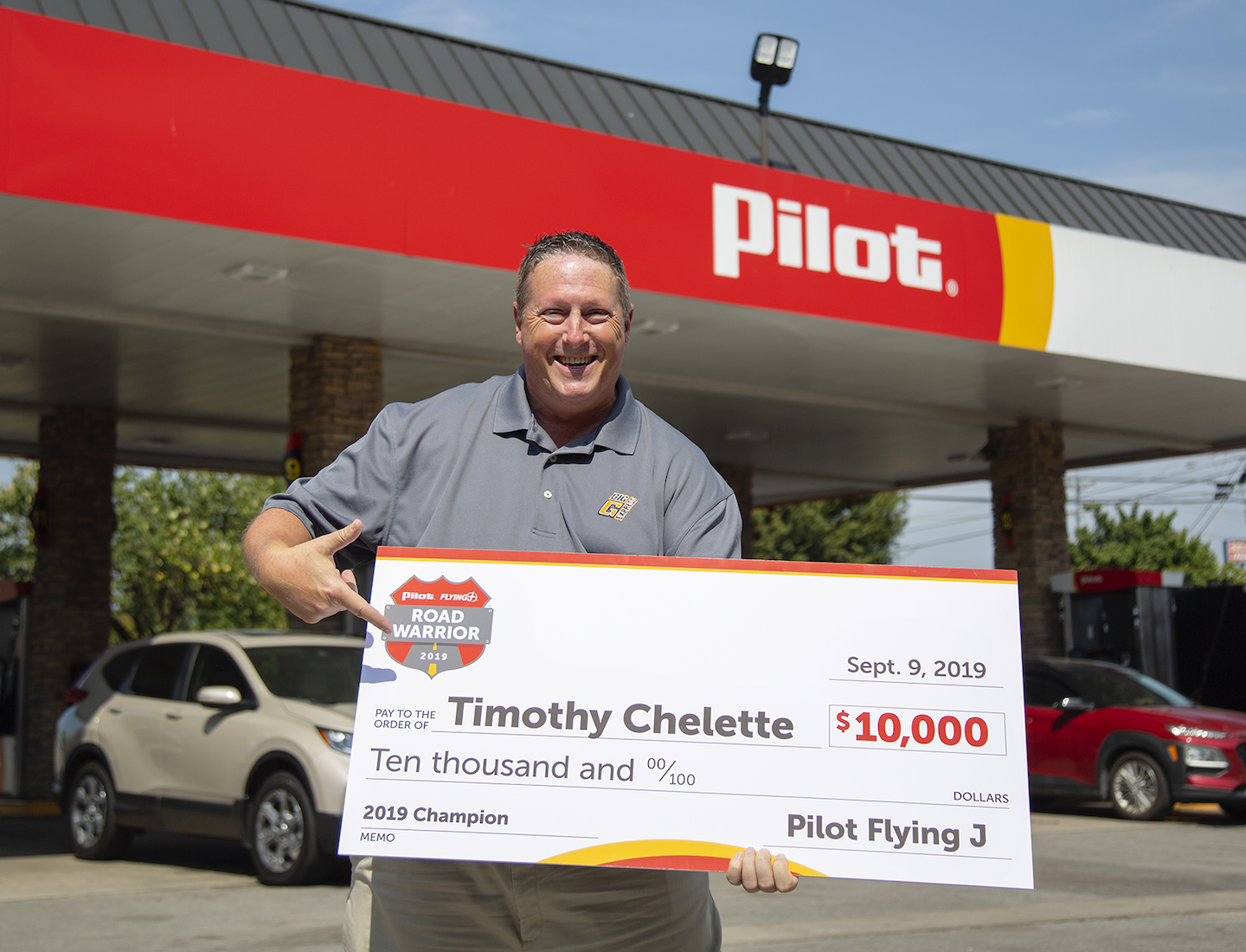 The Murfreesboro, Tennessee-based Chelette was chosen after more than 13,000 combined online votes. Rodney Hagan of Webster, Florida, and William McNamee of Christopher, Illinois, have been named the second- and third-place Road Warrior winners, earning $5,000 and $2,500, respectively.

Chelette has been a driver for Big G Express for 15 years, has served as a Tennessee Road Team Captain and currently is an America’s Road Team Captain. He has compiled more than 1.9 million accident-free miles during his career. In the last four years, Chelette has raised more than $30,000 for St. Jude Children’s Research Hospital through an annual motorcycle ride he created.

“It is a great honor to be named the Road Warrior winner,” Chelette said. “Thank you to Big G Express for nominating me and to Pilot Flying J for putting on this great program that recognizes drivers like me. I will be able to do more charity rides now that my motorcycle will be paid off. I appreciate everyone who voted – it really means a lot.”

In addition to the prize money awarded to the top three finishers, the nominators for the three finalists also received a $500 prize. This year’s finalists were selected from more than 7,500 online nominations for their efforts in the trucking industry.