Truck driver Clyde Nelson, of Neosho, Missouri, has been named a Highway Angel by the Truckload Carriers Association for his efforts to resuscitate a colleague after she collapsed from apparent cardiac arrest.

Nelson was at his fleet’s terminal walking across the parking lot when he noticed a woman lying on the grass across the way. He figured she was taking a break enjoying the July day, but something told him to go check on her.

As he approached, he was shocked to find her unconscious and her eyes rolled back in her head. He patted her on the cheek, and she took a breath, but that was it.

Another person rushed over to help, checked and found a pulse, but the woman wasn’t breathing. Nelson began performing CPR, but now there was no pulse. A third person came over and called 911.

Nelson had learned CPR 40 years ago during Army basic training but didn’t know how to do chest compressions. The 911 dispatcher talked him through it as they waited for help to arrive. When paramedics arrived, they had to use a defibrillator four times to get her heart going again.

“I had spoken to her less than two minutes before that,” Nelson says. “She was walking across the parking lot to put something in her car, but I didn’t see her collapse.”

Nelson visited his colleague a couple days later in the hospital and says he’s glad she’ll be coming back to work soon.

For his willingness to help, TCA presented Nelson with a certificate, patch, lapel pin and truck decals. His employer, AATCO, also received a certificate acknowledging their driver as a Highway Angel. EpicVue sponsors the TCA Highway Angel program. 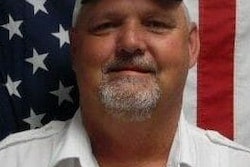 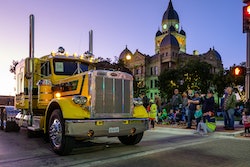 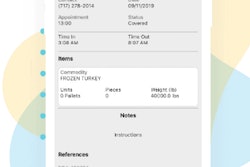