Celadon Group, one of the largest carriers in the country, announced at midnight on Sunday that it will cease operations and file Chapter 11 bankruptcy. The company said it will close all business units Monday, Dec. 9, except for its Taylor Express subsidiary operated out of Hope Mills, N.C.

The Indianapolis-based company, which was founded in 1985 with 50 trucks, operates more than 3,300 trucks and tractors. The company went public in 1994. As recently as 2015, the company contracted with around 1,000 owner-operators, but in 2017 the fleet said it was moving away from using owner-operator drivers.

Messages deployed to drivers Saturday indicated that the company’s fuel cards were down, but later messages indicated the issue had been corrected.

Celadon CEO Paul Svindland blamed multiple factors for the company’s demise, including the ongoing legal troubles and expenses surrounding its financial scandal uncovered in 2017 and its debts.

“Celadon has faced significant costs associated with a multi-year investigation into the actions of former management. When combined with the enormous challenges in the industry, and our significant debt obligations, Celadon was unable to address our significant liquidity constraints through asset sales or other restructuring strategies. Therefore, in conjunction with our lenders, we concluded that Celadon had no choice but to cease all operations and proceed with the orderly and safe wind down of our operations through the Chapter 11 process,” Svindland said.

Since 2017, Celadon has been struggling for stability after a scandal rocked the company’s finances. News of the company’s closure comes just days after its former chief operating officer, William Eric Meek, and its former chief financial officer, Bobby Lee Peavler, were charged by the Department of Justice on counts of securities fraud, wire fraud, bank fraud and lying to investigators. Another former employee, Danny Williams, pleaded guilty in May to criminal charges as part of the same scandal.

Celadon pulled the forms after an independent auditor found major discrepancies in the company’s reports, with Celadon later admitting that it had overstated its income by as much as $250 million for 2014, 2015 and 2016. The over-reported income was based on an alleged scheme in which former leadership at Celadon sold used trucks at an inflated price to third parties, then bought back the trucks at those inflated prices as a way to avoid recording losses on equipment sales.

The company hasn’t filed quarterly earnings reports for any quarter since late 2017. In its most recent filing, for the first quarter of 2017, Celadon reported a loss of $10 million. The company has since paid a $42 million fine to settle a criminal probe brought by the Securities and Exchange Commission and the Department of Justice. The company also paid $5.5 million to settle lawsuits brought in the wake of its de-listing.

In September of this year, Celadon announced it had secured $165 million in financing intended to refinance its debt and replace aging company equipment. The same month, the company also announced the hiring of former Swift CEO Richard Stocking to help lead its turnaround efforts. 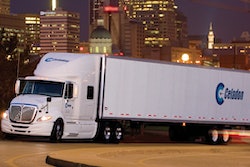 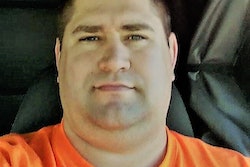