New research under way on prevalence of sexual harassment in trucking

Western Kentucky University School of Nursing Instructor Kim Bourne has completed coursework toward a doctoral degree in nursing with a certificate in occupational and environmental health. Her finale ongoing component is a research project in which she’s asking female professional truckers to participate in.

An online survey module, accessible via this link, takes users through a series of questions with a goal, at the conclusion of the project, of determining the prevalence of sexually harassing behaviors toward female drivers in trucking. “There’s not been a lot of research done at all in this area,” Bourne says, even as groups around the industry have collected plenty of examples of such behaviors’ occurrence in team training and other scenarios, and some women’s cases have seen the light of day in court.

The Federal Motor Carrier Safety Administration itself posted a request for comment on a study it planned on the subject of sexual- and/or race-related crimes and other harassing or discriminatory acts back in July of this year, noting it planned to issue an information collection request to the Office of Management and Budget for a proposed study. Only three public comments were made during the 60-day comment period in response to what FMCSA spokesman Duane DeBruyne says was the first procedural step “prior to its submission to the Office of Management and Budget (OMB) for review and approval.”

The agency, DeBruyne adds, “is in the process of preparing the required second procedural step,” which will be a second notice “addressing the previously received public comments and itself commencing a 30-day public comment period.”.

As Kim Bourne was getting her CDL to go trucking with her then-husband in 2008, the pair was led to change carriers as a result of “issues with a trainer” (not her husband) that she says were of a piece with the topic. When she finally got her CDL and was trucking full-time with her husband, she was the subject then of “more harassment, more jaded comments, that kind of thing,” over the road.

She’d worked as an E.R. and trauma nurse, among other things, prior to trucking. When she came off the truck, backing away from full-time hauling, and started work on a Master’s degree first, now a PhD, “I knew exactly from the beginning what I was going to do with my research study,” she adds.

With the study in the works and her survey now in place, she’s attempting to document a phenomenon that she knows is difficult to define. “The Equal Employment Opportunity Commission probably has the most widely used definition” of the sexual harassment term, she says, but there’s no universally accepted definition. For her purposes, what she’s hoping to determine is the prevalence of specific “unwanted, inappropriate or threatening behaviors. … Whether somebody thinks it’s ‘sexual harassment’ or not, it’s really those things that are not appropriate, even it doesn’t necessarily bother somebody.”

She’s received some early help in getting her survey to the community of female professionals via both the Women in Trucking (WIT) and the Real Women in Trucking (RWIT) organizations, she says. The latter, founded by longtime trucker Desiree Wood, rose directly “as a protest group in 2010 … to fill a void, since no organization was willing to discuss rape, harassment and violence in truck driver training fleets.” That’s according to a briefing document the organization delivered to the Federal Motor Carrier Safety Administration last month, when RWIT representatives met with Acting FMCSA Administrator Jim Mullen and others there to discuss these issues.

The brief RWIT presented FMCSA contained nine recommended action points to address what the organization believes is a prevalent pattern of sexual harassment and assault in entry-level driver training fleets. (This brief can be viewed on RWIT’s website via this link. Of note, RWIT filed as a  non-profit organization in 2013.)

“We had a really important, meaningful dialogue,” Wood says of the meeting, adding that FMCSA indicated it is limited in direct action it can take alone. But “I didn’t feel they were discouraging at all. I felt like they were encouraging us to go down the path that we are, which could give them the opportunity to do more than what they can right now.”

Following the meeting, as Overdrive sister magazine Truckers News’ Deanne Winslett reported, RWIT’s next steps, Wood said, included attempting to engage with the Occupational Safety and Health Administration, the Department of Labor and other agencies that have jurisdiction over “workplace violence, because this is colleague-on-colleague violence that the company does not want to take control of.”

WKU PhD candidate Kim Bourne’s own survey could well inform FMCSA’s and plenty others’ work addressing these issues. “I decided to look at things from an organizational standpoint, too,” Bourne says, viz a viz the “the size of companies people work for,” asking questions about the presence of female employees and/or management and what sort of operation each respondent is in “to see whether the behaviors are more prevalent in particularly male-dominated firms” — or not. As she notes, as it relates to the notion of an organization, “you could be talking about a company, or you could be talking about trucking as a whole as an organization.”

Since its August debut, the survey’s online module had collected a little more than half of the necessary number of full responses as of December 17. Bourne invites those interested to take part in it and emphasizes the anonymity afforded those who do. “I have no way to see names or even IP addresses” of those who participate, she says, “no way to track anybody.”

The survey is open to any female truck driver who is over the age of 21 and possesses a valid Class A CDL with at least three months of driving experience.

Bourne plans to follow through after collecting responses with a report detailing the findings and then likely further research to “not only to look at harassing behaviors but looking at sexual assault and partner violence that happens over the road. Maybe it will help companies develop prevention programs or help those who have been harassed or assaulted – those kinds of support programs will be very important in the future as companies recruit more and more women into the profession.” 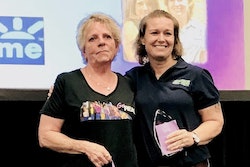 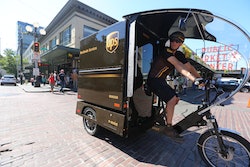 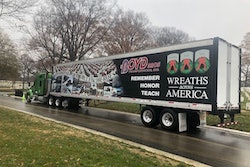 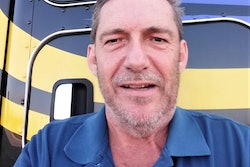