Comdata parent company FleetCor disputes FTC allegations that it fleeced millions from customers
The Federal Trade Commission is alleging that Comdata parent company FleetCor bilked “hundreds of millions of dollars” from its customers in the trucking and commercial fleet industries in hidden fees through its various fuel cards after making promises about helping customers save on fuel costs.

FleetCor issued a statement saying FTC’s claims “are without merit.” The company says it intends “to vigorously defend ourselves against the FTC in court,” and adds that it believes the complaints are “based upon fundamental misconceptions of the company, its customers and its products.” The company says its customer disclosures “are clear and communicated repeatedly,” and that its fees are in line with industry standards and are understood by its customers.

In a complaint filed in the U.S. District Court for the Northern District of Georgia in December, FTC alleges that the company and its CEO, Ronald Clarke, falsely told customers they would save money by using their fuel cards, be protected from unauthorized charges, and have no set-up, transaction or membership fees.

Specific to trucking, FTC alleges that FleetCor charged $1.7 million in “high credit risk account fees” without notice solely because the customers operated in the trucking industry.

FTC also alleges that FleetCor’s promises for specific per-gallon fuel savings using its fuel cards “were false or unsubstantiated;” that the company’s fraud controls allowed unauthorized purchases; that the cards restricted to “fuel only” purchases permitted non-fuel purchases; and that FleetCor charged fees for set-up, transactions or membership, including “convenience” transaction fees for using the fuel cards at certain locations.

NFI acquires G&P Trucking, expanding OTR and port operations in Southeast
G&P Trucking Company Inc., a broker and motor carrier specializing in part in port drayage in Southeast, is now part of NFI — the acquisition, NFI says, improves both carrier and brokerage services in its network throughout the Southeast.

Headquartered in Columbia, S.C., G&P has been around for more than 80 years, providing trucking services from 14 locations. NFI’s acquisition increases the company’s footprint to more than 300 locations throughout North America, the company says. All told, NFI now employs more than 12,600 associates and adds G&P’s 370 tractors and 3,000 trailers for a grand total of 3,000 tractors and 12,500 trailers providing mostly contract carriage. Owned tractors are hauled now by a total 2,700 company drivers, and the services of about 400 owner-operators are also part of the mix. 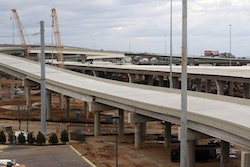 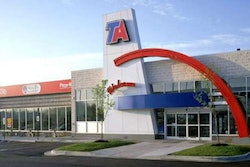