Data breach of TQL IT systems potentially exposed sensitive carrier info
Total Quality Logistics, one of the nation’s largest freight brokerages, announced it has confirmed a data breach of its IT systems that “compromised the security of our online portals for carriers,” the company says on its Carrier Hotline webpage. TQL says during the breach, hackers gained access to information in some carriers’ TQL accounts, including tax ID and bank account numbers.

The company says if carriers were notified by email, at least some of their information was compromised. Theft attempts of TQL’s automated clearinghouse (ACH) payment systems were stopped quickly, the company adds, noting that there have been fewer than 20 carriers identified as of Thursday where ACH payment theft may have occurred.

“[The carriers] are being contacted and their account will be updated to reflect any unpaid invoices,” TQL says. “We are asking all carriers to assume their bank account and tax ID information was at risk at some point and take additional steps as a precaution.”

As a precaution, TQL recommends its carriers contact the bank their TQL accounts are tied to and notifying the banks that their information could have been compromised. The company also recommends placing a fraud alert on your credit file, which tells creditors to contact you before they open any new accounts or change existing accounts. This can be done by calling one of the three major credit bureaus: Equifax, Experian or TransUnion.

“One of our highest priorities has been and continues to be the security of your information,” the company says. “We have taken immediate steps to close security gaps in our systems, hired a third-party cyber security firm for additional forensics and testing to confirm the adequacy of our cyber security protocols and we’re actively working with law enforcement to investigate this breach.”

The store is the company’s 12th in California.

Partial/LTL-consolidating tech-enabled broker raises $50 million
The Flock Freight company, with a brokerage platform that utilizes proprietary algorithms to pool multiple less-than-truckload and partial-truckload freight shipments so they can be shipped via full truckload service, announced it had raised $50 million in a new venture funding round.

The company plans to utilize the investment to expand its consolidation service for LTL shippers, FlockDirect, and in part expand its carrier partnerships among truckload carriers. According to the company’s website, carriers signing on to contract with the company must have been in business with authority active for 90 days with either a Satisfactory or no safety rating, and carry at least $100K worth of cargo insurance and $1 million in liability. 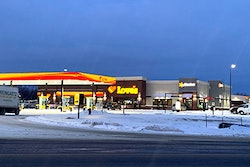 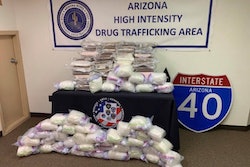 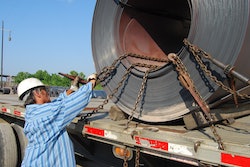 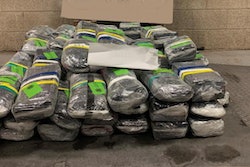