CVSA says less traffic on the roads due to the COVID-19 pandemic may be encouraging some drivers to ignore traffic safety laws, including speed limits. A number of jurisdictions, CVSA says, have seen “a severe spike in speeding” during the pandemic.

To combat that trend, CVSA has selected speeding as the focus area for Operation Safe Driver Week.

“It’s essential that this enforcement initiative, which focuses on identifying and deterring unsafe driving behaviors, such as speeding, go on as scheduled,” said CVSA President Sgt. John Samis with the Delaware State Police. “As passenger vehicle drivers are limiting their travel to necessary trips and many commercial motor vehicle drivers are busy transporting vital goods to stores, it’s more important than ever to monitor our roadways for safe transport.”

In addition to the focus on speeding, law enforcement will also be on the lookout for distracted driving, seat belt use, following too closely, improper lane change, reckless or aggressive driving, failure to obey traffic control devices, evidence of impaired driving and more. 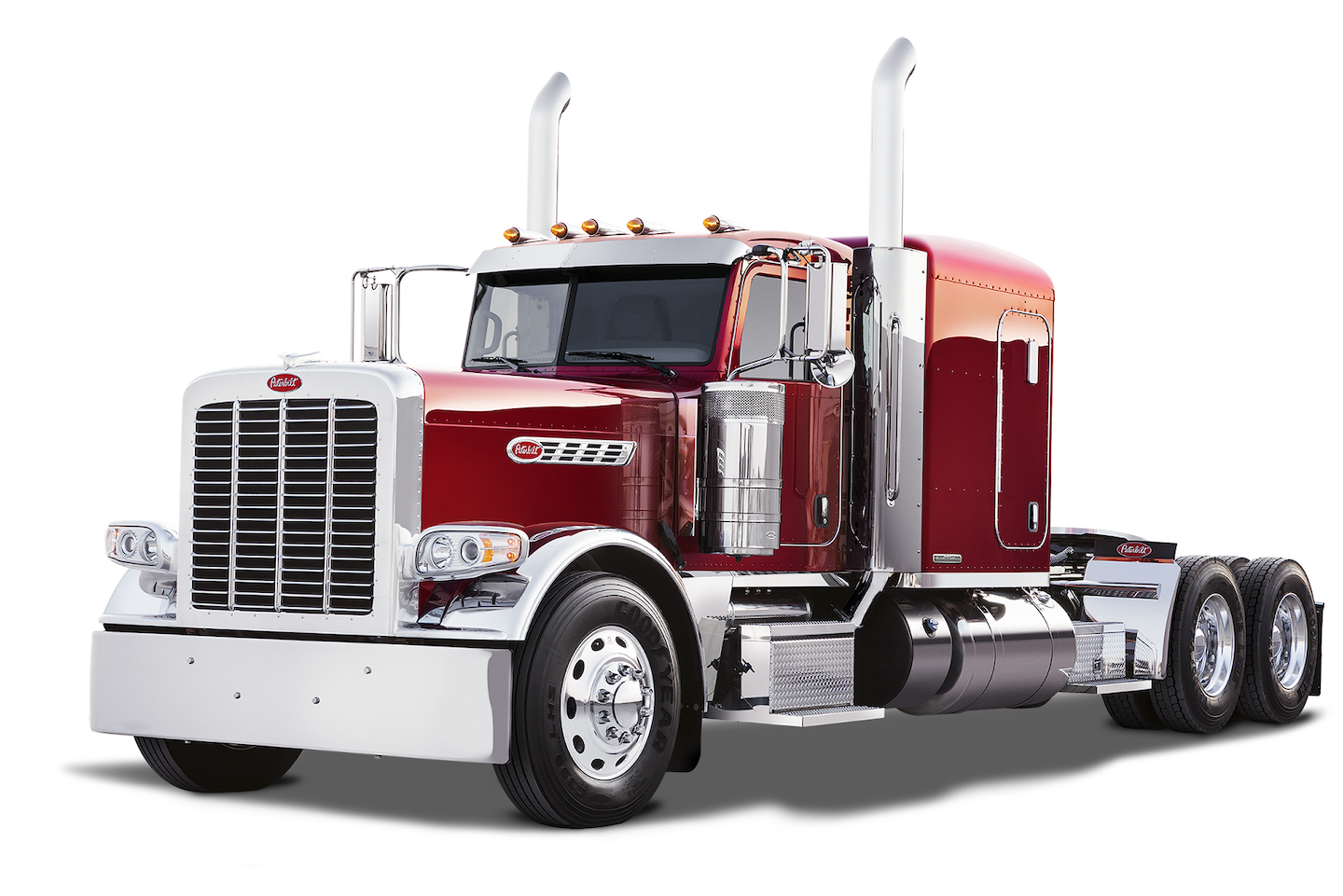 The package also includes a polished exterior sun visor, bumper, exhaust stacks and a Pride & Class emblem on the sleeper.

On the inside, the truck sports a Platinum Arctic Gray interior, charcoal dash top and Blackwood-finish trim accents. Black leather seats are embroidered with the Pride & Class logo on the headrests, and the cab and sleeper are carpet-lined. Bright gauge bezels, a special steering wheel and Pride & Class emblems on the dash and accent trim round out the interior.

The Model 389 Pride & Class is available now for order through Peterbilt dealerships.

Annual Make-A-Wish convoy going virtual
The Make-A-Wish of Philadelphia, Delaware and Susquehanna Valley organization and members of its Mother’s Day Convoy Committee have rescheduled and reinvented the annual fundraising event that was to have been held on Mother’s Day, May 10. The new 2020 Virtual Convoy will be Sunday, Aug. 16.

A statement from the organization says there will be what it is calling “a modified, small truck convoy with the top 30 drivers and key sponsors,” broadcast live on its Facebook page.

For the past 30 years, the annual Mother’s Day Convoy was held in Lancaster, Pennsylvania. This year was to be its first at a new location, the Manheim Auto Auction.

While there will not be a carnival as at past convoys, Make-A-Wish says it will create ways for supporters to still experience convoy traditions safely at home. It will be announcing these updates on a weekly basis each Sunday on the Mother’s Day Truck Convoy Facebook event page starting May 17th.

The organization says it is still counting on the truck event to raise funds, which typically support over 75% of the wishes granted in Susquehanna Valley each year. There are nearly 500 local children with critical illnesses waiting for their wishes to come true, according to the organization. Last year’s convoy, which was sponsored by the RoadPro Family of Brands, raised $600,542 and attracted some 550 trucks. 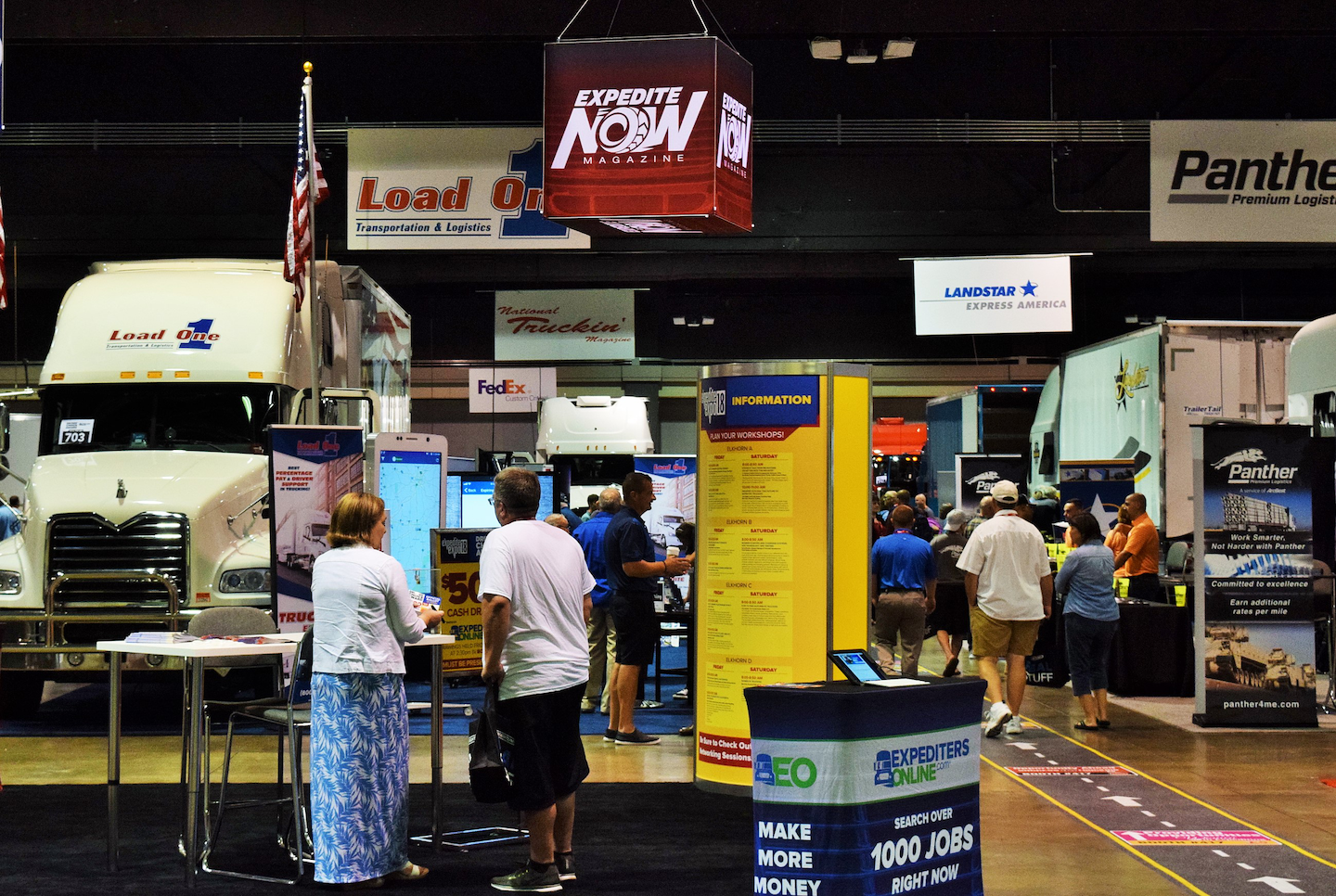 EXPEDITE EXPO RESCHEDULED FOR OCTOBER | The annual Expedite Expo show, hosted by the group behind Expedite Now magazine, has been rescheduled for October 23-24 in Fort Wayne, Ind., to be held at the Allen County War Memorial Coliseum. The annual event is well-known among expedited-segment owner-operators for an exhibit floor, networking opportunities within the tight-knit niche, and perhaps most of all a solid series of forums and educational sessions. The rescheduling decision was made in light of concerns that the original July 17-18 dates would not suit a climate that would be “ready for a group meeting,” organizers said. “The health, safety and security of our staff, attendees and exhibitors is very important to us.”

The company is paying owner-operators and agents an extra $50 for each load delivered with a confirmed delivery date. The bonus has been in effect since April 1.

Truckers will receive a $500 bonus payment in early May and a second $500 bonus will be paid in July. Tyson is also increasing short-term disability coverage to 90% of normal pay until June 30 for employees who are unable to work due to illness. 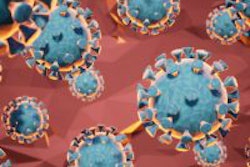