Factoring has helped many a new fleet to get on its feet, and it also has helped established fleets to grow or smooth out irregular cash flow. Over the years, the addition of other services has strengthened the partner role of factors.

One set of data from recent years indicates that factoring fleets grow faster than others, or that the average size of fleets choosing to factor has increased, or perhaps both. 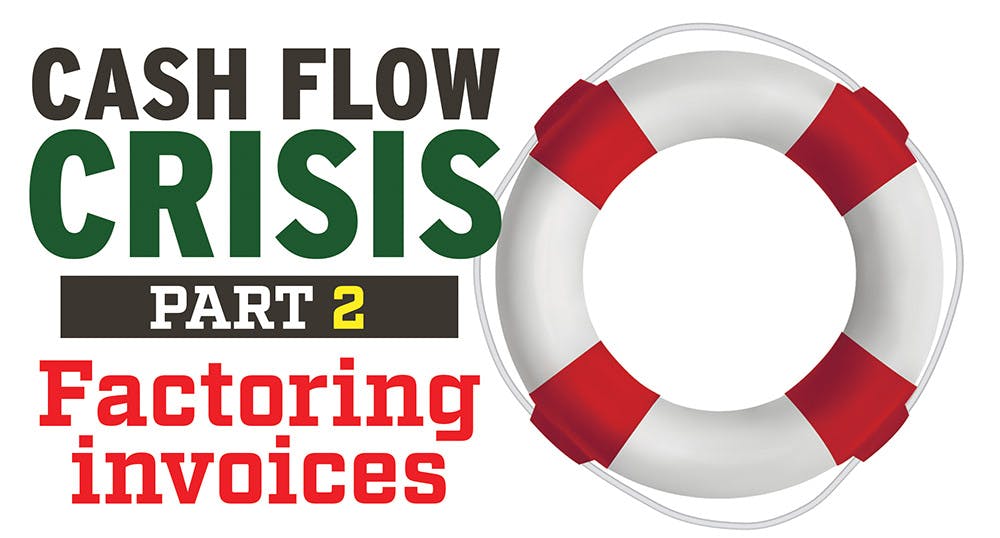 Over the last four years, Overdrive sister data company RigDig Business Intelligence has analyzed a subset of fleets that have factoring arrangements in place and compared their average size over time to a nonfactoring group. The results, as indicated on the chart below, show the marked change in size of carriers that factor at least some of their invoices. 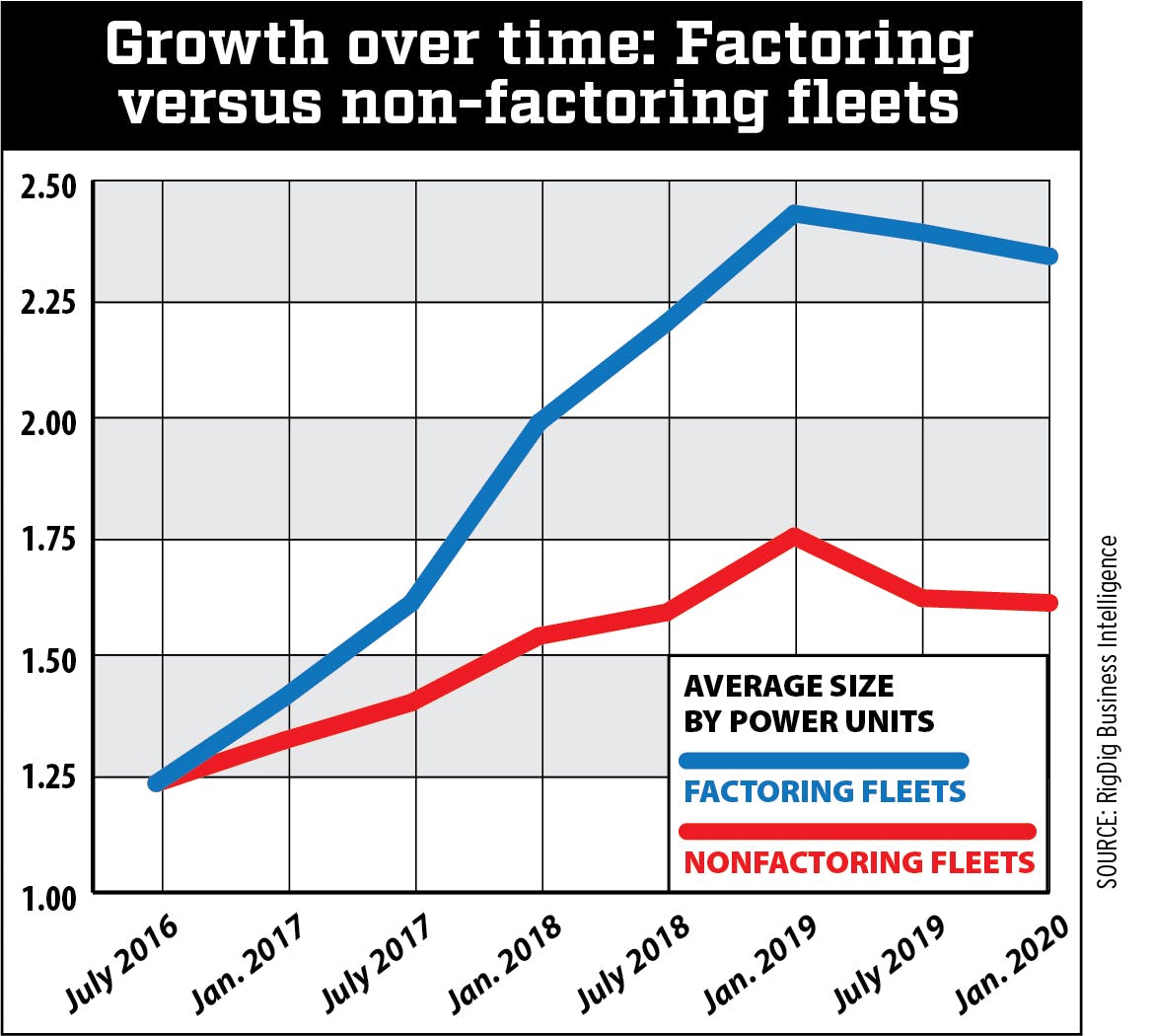 This analysis of fleets with fewer than 10 trucks shows that in mid-2016, there was no difference in the average size of fleets that factored and those that didn’t. Since then, the average size of fleets that factored at least some of their invoices on average grew by 90%, while the size of nonfactoring fleets grew by just 30%. Factoring likely played a part in helping some small fleets to grow. In other cases, growth might have prompted the need for factoring.

Many factors could explain that disparity. Meeting substantial financial obligations that come with growth can become a problem during slow periods. So for some fleets, having difficulty keeping up with growth, factoring can provide a tool for a steady cash flow.

A new fleet launched with a few reliable customers might have no need for factoring. But as other shippers are added and the fleet grows, delinquent accounts could prompt a need for it.

A business owner with an eye to manage risk well might be more likely to set up a factoring arrangement as a precaution, even if the service doesn’t get used a lot.

An entrepreneur focused on time management, or with a business plan that emphasizes outsourcing, as with Dawn Weaver in the previous part of this series, also could find it well worth the cost to outsource collections.

Taking those duties off the hands of small-fleet owners is bound to facilitate their ability to focus on other things, whether developing customers, caring for equipment or investing in processes that improve operational efficiency.

Triumph Business Capital Senior Vice President Blaine Waugh notes that a factoring business is not like a bank or other financial firm. “For years, the perception was that factoring, from a workflow standpoint, looked more like a manufacturing shop: invoices come in, they get organized, images are cleaned up, and “the end product is money,” Waugh says. Increasingly, Triumph Business Capital is leveraging technology to drive efficiencies in the paperwork submission and approval process.

There are other ways the most well-known factors have found to “help clients survive the infancy of a business” and, by extension, retain some of them over time, Waugh says. In addition to the credit analysis tools discussed in the prior piece in this series, these offerings include discount buying programs and some factoring companies’ integrations with major load boards and affiliated traditional equipment-financing arms, such as Triumph’s.

Some multifunction factoring companies effectively operate as an outsourced back office for small fleets:

INSURANCE AND EQUIPMENT | In addition to its affiliated equipment-finance shop, Triumph introduced its own insurance agency in 2015, Triumph Insurance Group. OTR Capital has close relationships with Marquee Insurance Group through the brokerage NTG (Nolan Transportation Group). In a time when some factoring companies have begun offering merchant cash advances (MCAs), an aggressive form of factoring that traps some clients in increasing spirals of debt, OTR and TBS Factoring have relatively simple programs to assist in insurance down payments that work like an advance on future factored invoices.

Apex Capital, too, has just such a program in place, Cash Flow Assistance (CFA). “You’re already sending your invoices to us — we’re willing to purchase future invoices at low rates … if you can’t go get traditional lending,” says Apex Chief Strategy Officer Brian Carlgren. Such programs appear similar to those in often more predatory MCA agreements and their daily debits — both deliver a lump sum up front in return for a share of future invoices. But the Apex payback plans are designed to be more reasonable and without the debt traps often embedded in MCA contracts. (Part 3 of the Cash Flow Crisis crisis series, next week, will cover MCAs.)

Early in the pandemic, when NAS’ Joel Ruhlman could see the rates writing on the wall as undercutting was rampant, the small-fleet owner took a CFA advance from Apex as a “security blanket to have extra cash on hand,” he says. “I didn’t want to have to make any drastic cuts to my team.” 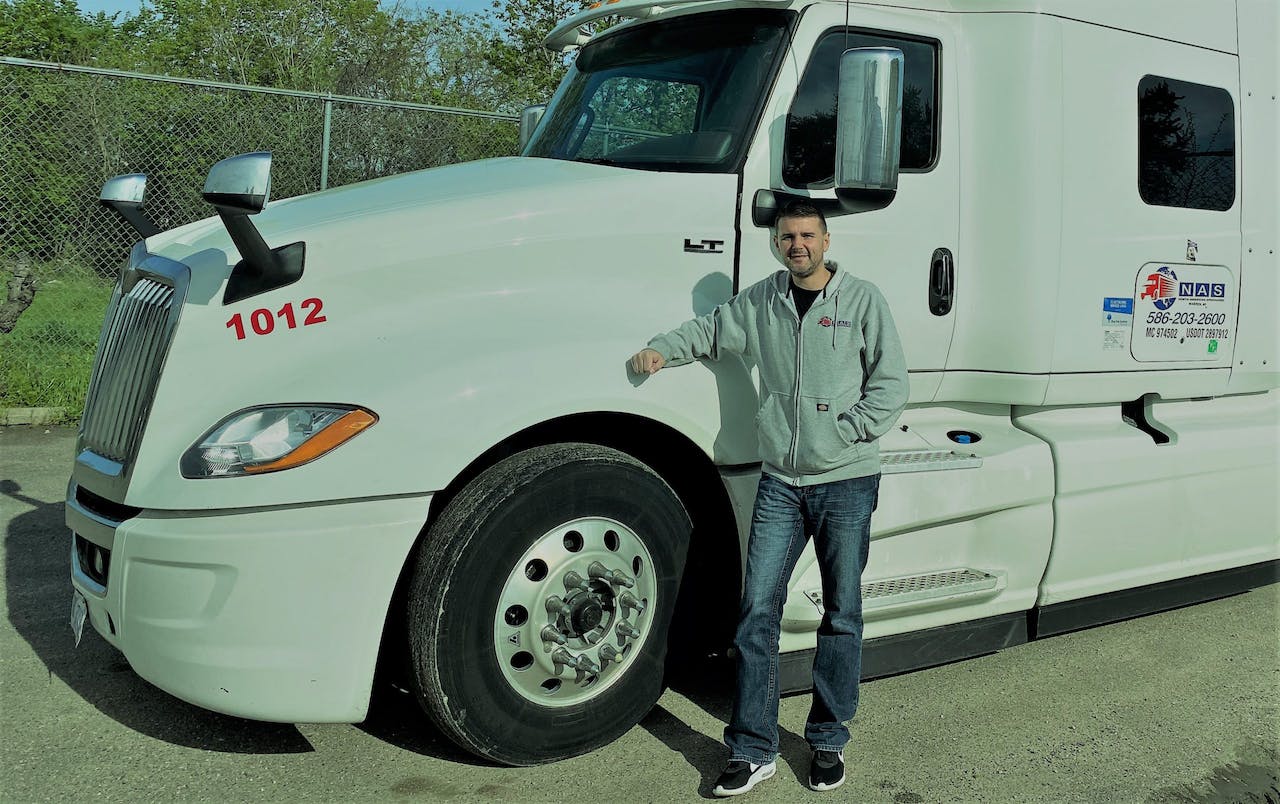 NAS’ Joel Ruhlman attributes quick growth from start-up in 2016 for the largely automotive-industry-supporting fleet in part to easy access to quick cash facilitated by his nonrecourse arrangement with Apex.

Ruhlman has 20 company drivers in trucks and 10 leased owner-operators. “I’d rather borrow a little bit to make sure I can keep everybody employed and with their health insurance — that was an added cushion, I guess.” He’s also used Apex’s CFA program for good used-equipment deals when the goal is a six-month payback and “we can’t get [the cash] from the banks, or it just would take too long to get,” he says.

FUEL CARDS AND ADVANCES | Apex’s fuel program, available only to clients, can save $100 on a single fill-up, Carlgren adds. “You come into the program for cash flow, but you start getting the benefits of our other services.”

TBS and OTR have fuel-advance programs, a fallback option if necessary in a lean time and given brokers’ own advances can be off-limits these days for carriers they may never have dealt with. That’s an outgrowth of crooks’ efforts to defraud them in carrier identity theft schemes Overdrive reported in the April issue.

TRANSPORTATION MANAGEMENT SOFTWARE AND FREIGHT RESOURCES | Triumph integrated with AscendTMS to allow easy submission of invoices for payment through the web-based software’s dashboard, Waugh says, which means clients can simply use the TMS to push the paperwork to Triumph for approval and funding.

OTR’s client portal also offers a window on “new exclusive live data so that clients can see what the rates are that we’re factoring,” Maher says. That means a close look at particular lanes — and particular brokers, a popular feature. “We really want to give them the tools to help them understand how well they could do.” Most customers don’t have a robust TMS in place, so “we’re helping do that for them now — tracking their volumes, helping them understand what’s going on in the wider market.”

Apex hosts its own load board, freely accessible to clients.

“People don’t get into the trucking business because they love pushing paper around, and we don’t want them to stay at two trucks and fail,” Waugh says. Factoring companies’ diverse services, he feels, “are designed to help those guys stay in business and avoid the early events that might cause somebody else to go out of business.” 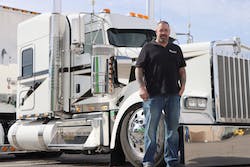 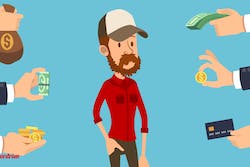 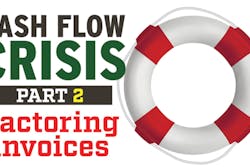 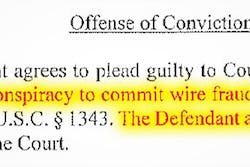