The four-axle trailer is designed for operations where spread axle configurations are not required to maximize their trailer loads.

“If local regulations allow a more concentrated load this trailer is a great choice,” said Todd Anderson, Fontaine vice president of sales and marketing. “It can handle 60 tons without adding a flip box or a spreader. This means our customers get a much lighter trailer setup at a much lower acquisition cost.”

Anderson added that maneuverability is improved with a shorter overall length compared to trailers equipped with a flip box, spreader and fourth axle.

The trailer can also accept a 23-inch flip box and a Fontaine EQ1 spreader with a fourth axle. In that configuration, the trailer can haul 55 tons in 16 feet with a 125-inch swing radius.

On Jan. 30, Hill was on I-29, just north of Fargo, North Dakota, bound for southern Wisconsin. 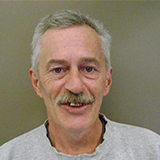 He noticed some ice on the roads and was driving under the speed limit when a car, which Hill said was not speeding, passed him and lost control when moving back into the right lane after hitting a patch of black ice in the center of the highway. He slowed down and watched as the car was thrown toward a snowbank.

“She flew through it like a tornado and went about 100 yards off the road into a field,” he said.

The car ended up on its driver’s side when it came to rest. Hill ran over to the car and found the passenger side door nearly ripped off the car. He said the driver was a 16-year-old young woman, who was scared and screaming for help.

“She was laying there against the driver’s door, covered in snow,” he said. “She was only wearing a t-shirt and jeans, the kind with holes all over them.”

Hill jumped into the back seat, calmed the driver down, unbuckled her and helped her out of the car. He also grabbed her coat from the back seat, found her boots that had flown out of the car and had her put them on, as the temperatures were below zero outside. He stayed with her until state troopers arrived. She was not injured in the crash. 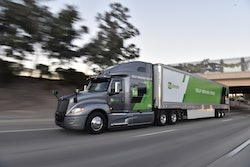