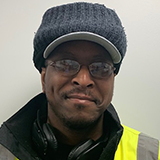 Brown was waiting at his company yard while a contractor applied new decals to his tractor. He stepped into the office to talk to dispatch when the head of the shop ran in yelling for someone to call 911 because someone had collapsed from an apparent heart attack. Brown ran outside to help and found that it was the contractor on the ground unresponsive.

“He was on the ground and his son, who was with him that day, was holding him,” Brown said. “I could see that he was turning blue. His eyes were open, but he wasn’t there. I put my hand under his nose but couldn’t feel any air.”

Brown performed CPR for 15-20 minutes until another driver, a former firefighter, came over to help keep the man alive until the ambulance arrived. The man’s son came back a couple days later to finish the decals on the truck and found out the man was doing fine.

Nomination forms can be found here. Fastport, Kenworth and the U.S. Chamber of Commerce Foundation’s Hiring Our Heroes initiative are joining together for the fifth consecutive year to put on the program.

The winner of the award will receive a new Kenworth T680 equipped with a 76-inch sleeper and a Paccar MX-13 engine with a Paccar 12-speed automated transmission and Paccar 40K tandem rear axles.

The top driver will be determined by a panel of judges. To qualify, drivers must meet four eligibility requirements:

Kentucky man indicted for illegal hazmat transport, mail fraud
The owner of two companies that dispose of radioactive materials was indicted July 16 by a grand jury for multiple counts of mail fraud and illegal transportation of hazardous materials, according to the Department of Transportation Office of Inspector General.

Hoskins allegedly also prepared fraudulent shipping papers and arranged for loads of TENORM to be transported by unwitting and unapproved non-hazardous trucking companies. His businesses also allegedly profited from making misrepresentations and omissions on shipping documents, causing the loads to be willfully and recklessly transported without proper identification of the hazardous materials or use of the required placarding. 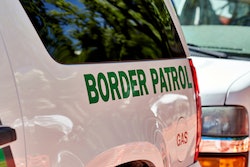