ATA sues foreign-owned ocean carriers over container chassis requirements at ports
The American Trucking Associations has filed a complaint with the Federal Maritime Commission against a number of foreign-owned ocean shipping lines, alleging that they violated the Shipping Act by requiring carriers to use specific default chassis providers and denying motor carriers the right to select the chassis provider for merchant haulage movements.

ATA’s Intermodal Motor Carrier Conference (IMCC) says “unjust and unreasonable conduct” resulted in trucking companies and their customers for intermodal chassis at ports being overcharged by as much as $1.8 billion over the last three years.

“For more than a decade, these foreign-owned companies have worked together to take advantage of hard-working American trucking companies,” said Bill Sullivan, ATA’s executive vice president for advocacy. “By denying truckers choice of equipment providers at port and inland locations, these unscrupulous companies have been forcing American truckers and American consumers to subsidize their costs to the tune of nearly $1.8 billion—over the last three years alone. This must end, and after several attempts to come to a mutually beneficial resolution, we are now asking the FMC to resolve it.”

IMCC sent a Cease and Desist letter to OCEMA in May, but the issues raised were not addressed, ATA says.

“By denying motor carriers their choice of chassis provider to haul goods in and out of ports, OCEMA’s overseas members have held U.S. motor carriers hostage and forced them to subsidize the shipping lines,” said Randy Guillot, ATA Chairman and president of Triple G Express and Southeastern Motor Freight. “So far OCEMA and its members have rejected all of our attempts to reach a fair and equitable arrangement, but we believe they’ll have less success ignoring the FMC.”

In its complaint, which can be read here, IMCC outlined a number of ongoing violations of the Shipping Act and is seeking injunctive relief against OCEMA and the shipping lines.

Railroad groups petition FMCSA for hours waivers
The Association of American Railroads and American Short Line and Regional Railroad Association are petitioning for relief from several hours of service provisions.

In a waiver request submitted to FMCSA, the groups requested relief from provisions in order to enable railroad employees subject to hours rules to respond to unplanned events that occur outside of or extend beyond the employee’s normal work hours.

Specifically, the groups are petitioning for these drivers to be able to:

The railroad groups contend that the hours prohibitions on driving after a 14-hour period, and after 60 or 70 hours on-duty in a moving 7- or 8-day week, “inhibit a railroad’s ability to respond expeditiously to certain types of emergency situations.”

The waivers would apply to railroad employees responding to unplanned events that affect interstate commerce, service or the safety of railway operations, including passenger rail operations, and that occur outside of or extend beyond the employee’s normal shift.

FMCSA is requesting public comments on the request, which can be made here through Sept. 21.

For Eroad users, that means the ability to see UCT clinics on a map within the tablet or smartphone app and access to the no-deductible, no-co-pay services provided by UCT. Those include DOT physicals, health coaching, personalized health care plans, COVID-19 tests, lab services like lipid profiles and A1C tests and mail-order pharmacy service.

Eroad users will be able to access UCT Health’s services anywhere while on the road via telehealth and UCT’s walk-in medical clinics located at Pilot and Flying J Travel Centers.

The service will be billed quarterly at $91 for an individual and $143 for a family. 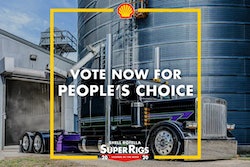 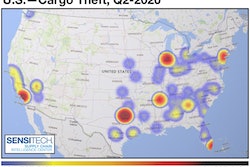