I-75/71 bridge closure in Cincinnati could last weeks
The Kentucky Department of Transportation is advising travelers and truckers along the I-75 corridor of detour routes around the significant, potentially long-term closure of the Brent Spence Bridge over the Ohio river between Cincinnati, Ohio, and Covington, Kentucky. Inspectors continue to assess damage from a two-truck crash last week Wednesday. Neither driver was injured, but “one of the trucks was hauling potassium hydroxide, which caused the resulting fire” to burn quite hot and for a long period of time, according to this lengthy report from Overdrive sister publication TruckersNews.com. Bridge damage was continuing to be assessed as of Monday morning, November 16.

FMCSA says trucking’s exempt from Washington break laws
The U.S. DOT has blocked another state from enforcing state-level laws that require motor carriers that to grant truck drivers periodic meal and rest breaks. The DOT’s Federal Motor Carrier Safety Administration, in a notice set to be issued Tuesday morning, will grant a petition from the Washington Trucking Association that asked FMCSA to intervene and block Washington from enforcing state labor laws. Washington’s laws required employers to provide meal breaks within every five hours of a worker’s shift and paid rest breaks of at least 10 minutes every four hours.

Those laws mirror laws in California that FMCSA in late 2018 ruled were trumped by federal hours of service regulations. Like California’s mandatory break laws, FMCSA said the breaks cause an undue burden on interstate commerce and are incompatible with federal HOS regs that govern drivers’ schedules. Thus, Washington’s laws are pre-eempted by federal law. 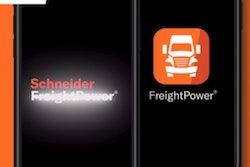