Taking a cue from the TV game show “Jeopardy,” here’s the answer first: Very possibly through the end of the year, but don’t bet the farm on it.

And the winning question – part of the title of a Convoy webinar this week –  “Freight Market Update: How long can trucking’s endless summer last?"

It was presented by Aaron Terrazas, economist for Convoy, a digital freight network for shippers and carriers. He also showed government figures indicating that women have been much more eager than men to party through the extended good times of strong freight demand and rising driver pay.

As to the market’s perhaps surprising longevity, freight remains “exceptionally strong” and at record highs, Terrazas said. That’s not what many analysts expected as the year began, he said.

“Forecasts now suggest that the market will be elevated through at least the end of this year,” he said. “I think we should take that with a grain of salt.”

He cited a survey of business uncertainty released this week by the Federal Reserve Board’s Atlanta district. “The risks in that survey are two to three times higher than they were pre-pandemic. There’s still a lot of unknowns about where the economy is going.”

Terrazas noted that hot freight cycles tend to cool as fleets increase their capacity, and industry consulting groups FTR and ACT report strong truck orders in recent months. Yet much of that demand is from backlogged replacement of trucks due to the worldwide chip shortage that has cramped truck and auto production for months.

As to why women have shown more interest in getting driving jobs than men, Terrazas emailed after the webinar that “there are lots of hypotheses out there, but one possible explanation is that women truckers skew younger than men, so fewer headwinds from retirements.”

He added that “total trucking industry employment is about 3% below pre-pandemic levels,” and men hold most of those jobs. “That fact speaks to both the longer-term forces, such as retirements, and the degree of competition in the labor market right now — particularly from adjacent industries like construction, like warehousing, like last-mile.”

It does appear women have had an increased interest in the industry in recent years, said Desiree Wood, head of Real Women in Trucking, via email after the webinar. “I do feel there is a tremendous number of women entering trucking right now, mostly because of the surge of interest attributed to Sharae Moore’s S.H.E. Trucking Sisterhood,” she said. S.H.E. Trucking was founded by Moore in 2017 with a “mission of women empowering women in nontraditional careers.”

“In my group and Sharae's, I haven't seen any women sit on the sidelines during the pandemic,” said Wood, who also is involved with S.H.E. Trucking.

While rising freight demand has prompted many fleets to announce big pay hikes, there’s some “tentative evidence the pay raises are having a very modest effect” in attracting drivers, less than a 1% increase in jobs since the fall, Terrazas said during the webinar. Some information points to a slight increase in the owner-operator population and a slight decline in company drivers, he said.

“It’s hard to imagine it getting much easier to find and hire new drivers as the economy opens up more,” he said. Still, “There are some structural and regulatory reasons to believe that supply will remain tight.”

Terrazas and other analysts have pointed to factors choking the supply of new drivers: the launch of the federal Alcohol & Drug Clearinghouse, truckers retiring or choosing another line of work, and CDL schools operating below capacity due to pandemic-related restrictions.

[Related: Where are the empty shelves? Keep those rates increases coming, shippers] 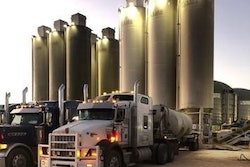 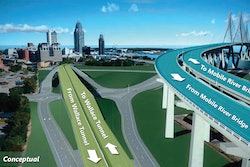