The Bakersfield (California) Police Department and the San Bernardino County (California) Sheriff’s Department are warning of a local and national rise of common powertrain controller (CPC) thefts out of trucks.

“Trucks are being targeted anywhere they are parked and left unoccupied. Many thefts have occurred at repair shops, truck yards, or even dirt lots used to store parked trucks,” the San Bernardino County Sheriff’s Department said in a Facebook post.

The Bakersfield Police Department offered the following tips for truck drivers and owners to mitigate the risk of CPC theft:

Earlier this year in May, Daimler Trucks North America announced the launch of a broad company initiative to fight the theft of CPC modules from its vehicles.

“Reported thefts of CPC4 modules from parked trucks have been on the rise, with thieves seeking reprogramming and reinstallation on other trucks,” DTNA said. “In one theft in April, modules were reported stolen from 24 trucks waiting to be sold at an auction yard in Pennsylvania. A large number of other thefts have occurred at dealerships and customer terminals. Vehicles cannot operate without a CPC, which controls various engine and powertrain functions.”

For the first time since the week ending Oct. 4, diesel prices across the U.S. have dropped below $5 per gallon, according to the Department of Energy’s Energy Information Administration.

The U.S.’ national average for a gallon of on-highway diesel now stands at $4.97, which is 17.4 cents lower than the previous week. Prices have now fallen for four consecutive weeks, dropping a total of 36.6 cents since the week ending Nov. 7.

The national’s most expensive fuel can be found in California at $5.82 per gallon, followed by the Central Atlantic region at $5.73 per gallon.

ProMiles’ numbers during the same week saw fuel prices fall by 10 cents to $5.19 per gallon.

The Truckload Carriers Association has named truck driver Gary Wilburn from San Antonio, Texas, a Highway Angel for stopping to offer aid to an Arkansas state trooper who had been in a serious crash, was injured, and was pinned inside his car. Wilburn drives for Anderson Trucking out of St. Cloud, Minnesota.

On Oct. 4 at around 4:45 p.m. near Forrest City, Arkansas, Wilburn was driving very slowly in heavy traffic when he came across a crashed Arkansas State Trooper’s vehicle on the side of the road. All other motorists were passing the vehicle without stopping to check on the driver.

“I was in traffic for an hour before I saw the trooper,” Wilburn said. “Some of the stuff I noticed was insane -- no one’s calling the police, cars are driving by, and no one stopped to help him.”

Wilburn called 911 and stayed with the trapped police officer until emergency personnel arrived, and he was airlifted to a local hospital.

Though Wilburn didn’t see the accident that caused the officer to be injured, he was appalled that no one else stopped to help.

“It just makes me mad -- all those people who passed by him without calling or helping,” Wilburn said. “I’m that idiot that runs into burning buildings and pulls out pets -- when I see something like that, I can’t keep going on about my day.” 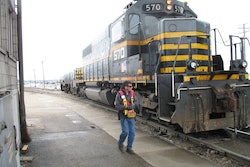 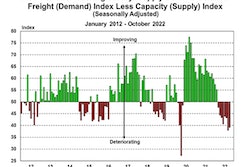 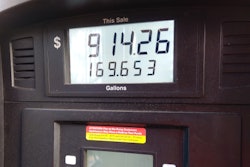 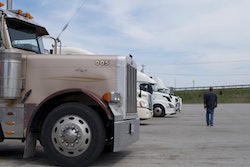