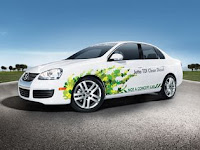 One of Columbus Dispatch ve/foundation/slideshow.jsp?file=/editorials/stories/2008/06/stahler.htmlamp;image=17amp;adsec=editorialsamp;tot=19″>political cartoonist Joe Stahler’s June 2008 sketches sends up motorists’ unsafe driving habits, love of NASCAR and concern for fuel mileage, not necessarily in that order. It features a highway patrolman standing just outside a four-wheeler driver’s door writing a ticket. The speech bubble extending from the driver and floating above the roof of his sedan has the driver saying, “>I wasn’t tailgaiting, Officer… I was drafting.”

So-called hypermilers, four-wheelers who ride dangerously close to the trailers of big trucks in addition to taking other measures to achieve max fuel mileage, have been in the news frequently this year, including in this trucking industry reaction to all the mostly “>oh-look-at-those-silly-daredevils”-type press coverage of them. Including, perhaps only slightly less goofily covered, recent bits about John and Helen Taylor, a hypermiling couple who attempted this month to run the lower 48 in a Volkswagen Jetta TDI diesel (pictured) to beat average fuel-mileage world records. Last we heard, they were averaging a whopping 58 mpg.
Top Stories