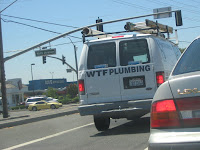 While John McCain chose an aspirational plumber as his campaign’s last prevailing symbol, he might have been better served by choosing a small-business owner-operator. Freight’s down, credit’s tight, and the independence most operators cherish is falling out of reach for many. Take Colorado trucker Brian Johnson, who “>didn’t vote early because he was on the road,” reported Denver’s Rocky Mountain News yesterday. The newspaper spoke with Johnson outside Dry Creek Elementary School in Centennial after he cast his ballot. “>I brought a sample ballot,” the paper reported Johnson as saying. “My parents taught me well.”

Johnson hammered on the problems in the real economy as his biggest concern. As the News reported it: “>This economy is in trouble,” he said. “I saw what it did to my business. That’s why I’m not trucking right now. We hauled scrap steel. And the price dropped 75 percent without warning in a couple of days. So we just parked our trucks and came home.”
While Johnson told the News he’d voted in years past, his motivitation level was much higher this year. As he put it: “>We’ve got to make some changes.”
While he declined to name his candidate, it’s clear today that Barack Obama won the economic message battle among a majority of American voters. Most truckers, however, were expected to support McCain. See my post from two days ago for the most recent pre-election driver poll.
em(Photo governed by censes/by-nc/2.0/”>emCreative Commons licenseem.)
Top Stories