Drivers and owner-operators won’t be seeing any version of this sign out on most of the interstate highways of my former home state of Illinois anymore (except in Cook and the counties surrounding it near Chicago). With unfortunate toll hikes in New York (here’s a tip for potentially dealing with those, fyi), haulers got another late Christmas gift with the new year in the implementation of an Illinois state law that raised maximum interstate speed limits, formerly split between 55 and 65 mph for trucks and cars, respectively, to an even 65 for both.

For years, drivers have complained about the increased number of four-wheeler/truck interactions split limits tended to cause, a common complaint being the rear-enders and quick front cut-offs that have been seen as the garden variety in on-highway behavior for auto drivers by truckers.

At the least, as this story in the Peoria Journal Star newspaper notes, haulers passing through the state can count on a small productivity gain in good weather. But perhaps reflecting the majority of the industry’s opinion on the subject, I’d guess, quoted in the story was Rick Crosson, COO at Star Transport in Morton, Ill., sounding like a professional athlete in his downplaying of the move’s significance for his business and the industry. He emphasized industry focus on situational safety over all else: “It’s all case by case and load by load,” he told the Journal Star, “and with fuel economy, average speeds and weight limits factored in, the new laws don’t have all that much impact for drivers.”

Or as a commenter posting as thebaldeagle655 in this thread on the ClassADrivers.com site put it, tempering some posters’ enthusiasm about the new law, no doubt: “Isn’t it ironic that we complain about safety of the split speed limits and use the [spectre of four-wheelers rear-ending us] as an excuse, but then we drive 60-65 in a 75-mph zone to conserve fuel and that is safe!? Sometimes you just gotta shake your head and say, Huh?” 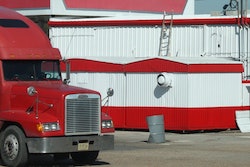 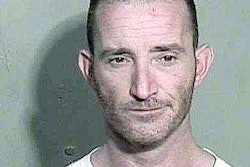