Lester “Buckshot” Winfree (pictured) has come a long way from his start in trucking in the 1960s. When he launched the Winfree Cattle & Rice company with two trucks late that decade, writes Record Newspapers reporter Robert Hankins in a story accompanying the newspapers’ naming of Winfree as Orange County, Texas, “Person of the Year” for 2010, Winfree couldn’t have imagined that he would rise to chairmanship of the board of the Port of Orange, on which he’s served since 1980, years later.

Or that his trucking company would see the quick success it did. After just a few years serving the cattle and rice farmers of the area, Winfree could give up piloting rigs himself, Hankins writes, and concentrate on the management of the growing business. And, Hankins notes, through changing economies, the company remained versatile: “When Orange’s farmers quit growing rice, Winfree’s trucking company found business in other parts of the state, including from areas around Beaumont, Bay City and El Campo.”

Winfree contracted with many independent owner-operators throughout the trucking company’s history, and “by the time he sold the business, he had about 50 trailers and seven or eight trucks” under ownership, Hankins writes. For the full story, a fascinating and concise history that touches on Winfree’s family roots in Texas before it was a U.S. state, visit the Record website here. 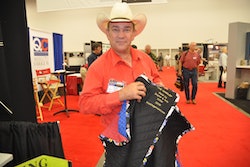 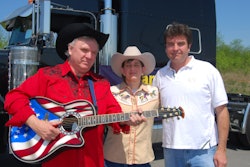 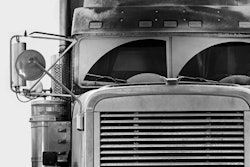