Outside of leased owner-operators reacting to strong encouragement, for lack of a better phrase, from their lessor fleets, I’ve yet to actually speak to an owner-operator who’s voluntarily adopted an electronic logging platform that conforms to the federal definition of an EOBR, i.e. essentially an electronic logging system that is tethered to the engine’s electronic control module. Not to say he/she doesn’t exist (if you qualify: be in touch), of course, but when manufacturers of the devices can’t come up with an example when a journalist asks, it makes you wonder.

As the Owner-Operator Independent Drivers Association this week renews its call for resistance to EOBR mandates from the federal government — the latest proposal coming from Congress as drafted in a Senate bill (S. 3884) cosponsored by Mark Pryor (D-AR) and Lamar Alexander (R-TN) — I thought I’d take a moment to talk a little about some efforts in the offing by one device manufacturer to convince owner-operators that, well, it’s worth the $35 monthly price to go electronic. If the folks at XATA Turnpike are betting right, their RouteTracker solution, now available through Verizon and Sprint, could make electronic logging at the least a bit more accessible.

When the Federal Motor Carrier Safety Administration published its final rule earlier this year mandating electronic logs for carriers with a particular history of noncompliance and redefining certain performance standards for device manufacturers, buried within the text was a reference to the “least expensive” compliant EOBR solution on the market, the RouteTracker. At a cost of just $35 monthly, RouteTracker enables logging functionality to be added to your PDA or smartphone and uses a small piece of equipment (functionally the oft-maligned “black box” piece of the EOBR puzzle), at no extra charge to the operator, to access and store data from the engine ECM.

That’s all well and good, but the news is that with CSA 2010 coming down the pike (scheduled to begin going live nationwide in December), the ability for drivers and independent owner-operators to use safety as a marketing tool to carriers and brokers/shippers may become more of a necessary reality. An owner-operator already running an EOBR would be an attractive lessee  to a safety rating-conscious fleet, for instance, due to the elimination of virtually all form and manner violations an EOBR enables — a boost (or at the least a known quantity) to the fleet’s safety score in the hours-related CSA category. But taking that a step further, says XATA Turnpike Vice President of Product Marketing Christian Schenk, knowing where you stand in relation to your peers in terms of your own driver risk profile will help the best drivers by giving them something to point to directly.

Users of RouteTracker at a point in the near future will have the option of inputting data to compute just such a profile and compare it to a sort of “buddy network,” says Schenk, online in a driver-specific XATA-Turnpike portal. The software already includes real-time tracking capability — useful in alerting consignees/shippers and other customers as to your truck’s arrival time — and automated IFTA data collection and reporting, in addition to the logging capability, and more. Installation time is “less than 10 minutes,” says Schenk. “Drivers like it because it’s not intrusive. Essentially, it’s an app – no different than running Facebook on your Blackberry or iPhone.”

Wherever you are in your thoughts on electronic logging today, look for affordable, fairly simple solutions like this one to keep chipping away at (or at least putting a tiny dent in) all the old black-box logic. 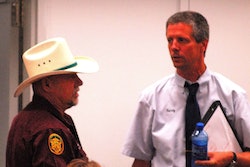 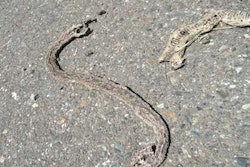 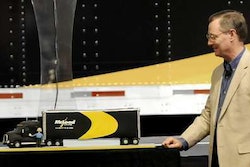