Technology makes a dent
As this photo, released by the Mexican state of Chiapas and making news around the nation yesterday, makes abundantly clear, the issue of human smuggling is a multivalent and complex one. The photo shows would-be migrants to the U.S. in a van trailer in southern Mexico, caught in Mexican authorities’ X-ray imaging devices. All in all, a total of 513 people were being transported in two trailers, in this case paying smugglers anywhere from a reported $7,000 to $30,000 to get them to their intended destination: U.S. soil. Read about this particular case via the Associated Press.

Truckers Against Trafficking outreach efforts to drivers get industry boost
The news comes at a moment when the Truckers Against Trafficking group releases details about a new initiative that’s clear evidence of headway being made on the broad, international issue of human smuggling. Chapter 61 Ministries, which formed the TAT group and also operates mobile chapels (pictured) via the Transport for Christ effort, is expanding its educational outreach on the issue with training materials, already available to interested drivers through TAT, now to be used by TravelCenters of America to educate its workforce and help raise awareness about TAT’s key issues to its community of customers.

“We’re extremely encouraged by TA’s participation to help get our message across,” said Kendis Paris, TAT national director. “Their decision to use TAT materials will disseminate the message to thousands of members of the trucking industry and better equip them to understand and help fight human trafficking, which is why TAT exists.”

Commenting on TA’s decision to participate in this educational role, Barry Richards, executive vice president of TravelCenters of America, called drivers “our country’s most caring, upstanding individuals, and trucking-related initiatives like TAT work to address issues important to the trucking community. TA is proud to be part of that community and to play a small part in furthering TAT’s mission among its many trucking community supporters.”

The TAT initiative, Chapter 61 notes, has a four-fold purpose: to educate members of the trucking/travel plaza industry about human trafficking and the role they can play in fighting it and equip them with tools, empower them with steps to take and mobilize them to take a stand against one of the world’s most lucrative and destructive crimes. The initiative includes the website, where the TAT video can be viewed; webinars; Human Trafficking 101 classes; wallet cards with questions to ask, red flags to look for and the National Hotline number to call if trafficking is suspected; posters; and publicity and promotion.

Chapter 61 likens human smuggling to modern-day slavery, noting that it’s a $32-billion worldwide industry with more than 27 million people enslaved in the world today. In the United States, it has been reported in all 50 states, and the number of victims is estimated in the hundreds of thousands.

Find more at the TAT site. 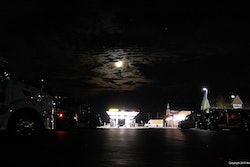 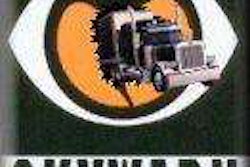 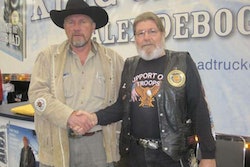 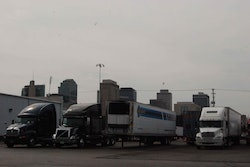