If you missed last night’s State of the Union address, the President followed in predecessors’ footsteps by detailing a veritable laundry list of election-year policy initiatives with no small measure of specific requests for the deadlocked Congress — many of which, it’s sure, will not see the light of day this year.

All the same, Obama’s vision for boosting American economic prospects holds potential good news for drivers in the area of future infrastructure rebuilding, and picks some low-hanging fruit in two key areas in which some of the good news for owner-operators has long been in the making: American manufacturing and energy production.

Manufacturing production indices have risen, along with truck rates, throughout the last year and a little more, as this recent news item, among others, makes clear. Natural gas production from shale, in particular, saw a lot of attention in the State of the Union address. In this month’s Overdrive, I wrote about Pennsylvania-based dry bulk owner-operator Steven Bixler (pictured, with his wife, Doris), also part of Truckers News’ 2011 Great American Trucking Family, who’s well benefited from the uptick in gas production in the Marcellus Shale Ridge in and around Pennsylvania, hauling sand to well sites and averaging “$5,000 a week,” he says, for his trouble.

That $5,000, too, is garnered on an average of just 900 to 1,200 miles put under his classic 1989 Freightliner cabover. “We load at rail yards, and one spot in Buffalo where it comes off of a barge,” Bixler says. “We blow it off of into storage tanks at the well site.” Job well done.

Not bad for $5 a mile, is it? “I’ve been telling people that for the first time in 12 years as an owner-operator, I’m making money,” Bixler says. “It’s a very lucrative deal we’ve got going.”

Shale gas mining is ongoing in several sites around the country, with a particularly large volume of production in North Dakota. Find more data about this and other lucrative niches (tank, energy and, surprise surprise: intermodal, flatbed) in my “Chasing the green” story in this month’s Overdrive.

Bonus: Want to cut through the opinion no doubt crowding today’s airwaves? If perhaps you missed the State of the Union address last night, likewise the response by Indiana Gov. Mitch Daniels, I’ve embedded videos of each below. Judge for yourself. 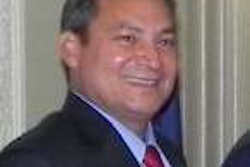 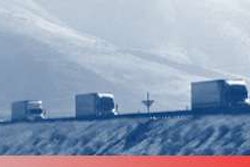 New blog from Women in Trucking 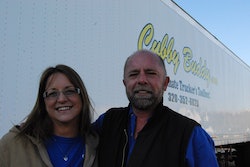