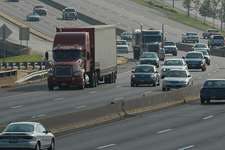 With news of President Barack Obama’s threat to veto any highway reauthorization or extension bill that comes to his desk with authorization of the Keystone XL Pipeline included, as it is in the House version that passed the Rules committee earlier in the week, came my conversation with James Lamb, head of the Association of Independent Property Brokers and Agents, earlier this week. Lamb said that according to his sources the Hill, given the general political stalemate over these issues, another temporary extension (or two) of current funding priorities and levels, regardless of the battles over the pipeline, is likely. “They won’t do it before the election,” he said.

I was speaking with Lamb about language in the most recent attempts at a multiyear bill in the House and Senate that would raise the minimum bond required of registered transportation brokers from $10,000 to $100,000, a move favored by an unlikely alliance of the Owner-Operator Independent Drivers Association and the Transportation Intermediaries Association. For more background on the bond issue, read this post about the various and sundry ways open to operators and responsible actors throughout the industry to fight fraud wherever it rears its head in the industry.

However, in Lamb’s view, and he is joined by many smaller brokerages and some owner-operators, the problem is that fraud is not necessarily the primary problem the surety bond requirement exists to address. “When I look at what’s going on right now,” says Lamb, “this specious misrepresentation of the term fraud, it upsets me.”

The first bill proposed — in 2010, in the Senate, which gave Lamb impetus to launch the AIPBA to fight the bill’s passage — to raise the broker bond limit to $100,000 was called the Motor Carrier Protection Act of 2010. When that didn’t get very far in Congressional proceedings, however, what followed it in 2011 was the Fighting Fraud in Transportation Act (both bills would have done much the same thing, raising the broker bond limit).

The problems in most instances of carrier claims on brokers’ surety bonds, however, has to do not with “people who intend to deceive,” as Lamb would define a truly fraudulent broker, but rather with simple late or no payment, often a consequence of “business failure – it’s not an intent to deceive. There are other ways to protect people from that rather than raising the bond so high that it discourages” free and open competition in the industry.

Lamb favors regulatory adjustment over Congressional overstepping on this issue, he says, possibly with a rise in the bond level to $25,000 to adjust for inflation and establishment of requirement for brokers to maintain varying levels, according to volume of brokered freight, of cash in a “fiduciary trust account,” he says. “Money is collected from the broker and it has to go into an escrow account – they can’t touch that money because it goes to carriers.”

Among brokers who allocate their operating and reserve monies in this manner already, says Lamb, “what brokers do when they’re starting to go down is they use that money. This idea is that they couldn’t touch the money – if we can incorporate that idea with the $25,000 amount it would stil be a level playing field” for smaller brokerages with their large competitors.

My question today: What do you think? OOIDA has been pursuing raising the bond requirement for brokers since way back in 2004, often advocating levels as high as $500,000. Surety companies are telling some small brokerage operations that they’d require cash collateral in many instances to even write a $100,000 bond for their business — that’d be like putting down a $100,000 cash deposit you couldn’t touch on the possibility your business might not make it.

Any thoughts on the issue are greatly appreciated — I’ll certainly be writing more about it in the near future. 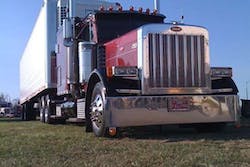 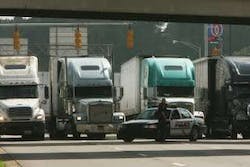 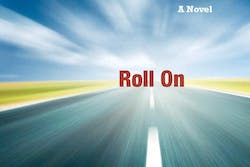 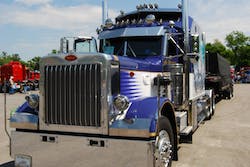