I bet you I-40 regulars know Uncle Pete’s — formerly Tennessee 40 — at 1210 Sparta Pike in Lebanon, Tenn., at I-40. It might well give any stop east of the Mississippi a run for the money for the “most distinctive” honor. Adorning its walls is a collection of more than “4,875 coffee cups,” says Uncle Pete Norman himself, owner. “Never bought one, but I’ve drank out of every one.”

Pete’s special proprietary bean blend ground fresh on-site, too, is renowned as the best coffee on the interstate by many. Norman opened the stop in 1991 after serving in Vietnam, operating a photo studio north of Nashville and going on to make a living afterward at various pursuits, including buying and re-animating dying businesses in the area. The truck stop was his last such purchase. “I just liked the work so much,” he says. “No day is the same.” He decided to stick with it.

The coffee cup collection, as with so many good things, started out with a joke. When Norman took over the business, “we had about six coffee cups” that weren’t broken, he says, so an employee offered up a large number she’d been planning to get rid of at a yard sale. When finally they got in their first order of standard mugs, Norman adds, they took those old cups and “set them in the window ledges.”

Soon enough, drivers started asking about them. “Are you collecting coffee cups?”

“We’re going after the Guinness World Record,” Norman would tell them. Soon enough again, people started taking that seriously and bringing cups to add to the collection. It grew over the 21 years the stop’s been in business to what it is today, with cups of all shapes and sizes lining the upper parts of nearly every wall in the restaurant and C-store, too. “We have cups from 44 countries, every state and all U.S. islands and territories,” says Norman.

They’ve got a cup for the original Cracker Barrel location (brought in by a former dishwasher there who routinely took broken mugs home with him), a collection of 44 mugs a woman who spent every July 4 holiday at Pete’s left in her will for the stop.

Stop at Pete’s sometime and ask him to tell you the story of the cup (here pictured, at the corner) made special for the stop after a grandmother, mother, and daughter broke down in a brand-new U-haul there. You won’t regret it.

In any case, Norman’s pretty close with trucking country singer-songwriter Aaron Tippin, who lives nearby. Tippin used the location as a meeting point for his touring crew for many years, fueling the bus there as often as was possible. And Norman and Tippin also share an interest in aviation. Tippin, well-known as a pilot, made it a point during our time there to ask Norman about his progress on the 1967 Hughes TH55 military training helicopter he’s been in the process of restoring. It’s one he actually flew himself back when he was in the military at Fort Campbell, Ky.

When Tippin suggested myself and Carolyn Magner meet him there for filming of a video installment in Truckers News’ Celebrity Series, we didn’t exactly realize the treasure the stop itself was.

A big thanks here to Pete for all the hospitality today. Find a few pics from the filming below, and stay tuned to Truckers News for the final cut! 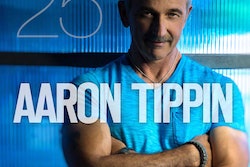 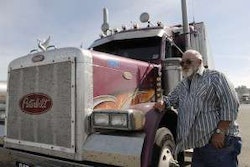 Owner-operators back in the news on EOBRs 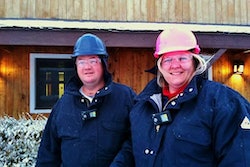 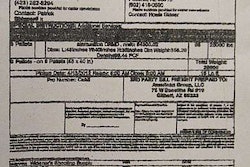