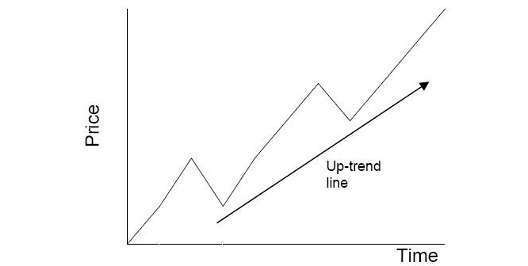 Rates in recent times have been on a “slow rise to livable limits,” as a commenter on my feature detailing the No. 3 top challenge to owner-operator businesses (uncompensated detention) made note of. One need look no farther than the Internet Truckstop spot market rate averages and operator income numbers from ATBS we routinely publish in our Gauges report to see the veracity of that contention over the long term. Though a lot of this year’s rises have been offset by fuel costs, rate-wise, flatbed has been doing particularly well for the last year, and long-term income numbers in most all segments have generally trended upward (though with a second-quarter 2012 dip).

Unfortunately, that long-term trend isn’t holding in the short term. In the leased owner-operator and company driver realms, according to National Transportation Institute Principal Gordon Klemp, pay has generally been stagnant, he told attendees of Overdrive‘s latest driver-pay webinar two weeks ago. On rates, at this very moment in time, Klemp said, “the carrier and shipper leverage on negotiating prices [is] at an equilibrium…. We’re not seeing any rate increases” that could translate “to an increase in driver pay. Carriers are willing to pay if they can get rates to go higher.”

If you missed the webinar with Klemp, it’s available via YouTube vid below.

And following find further analysis, anecdotes and information from sources on the No. 4 challenge for owner-operators: freight rates.

Owner-operator Don Lanier
I think my owner [of J.D. Clark Logistics, the expediter to whom Lanier is leased] does a great job at getting us fair rates. When I came from a flatbed to expediting, I believed you made more money the more miles you drove. But in expediting that’s not necessarily true. Some short, high-value loads can pay more than twice what the long haul does. So we follow that principle — work smarter,  not harder — and we do fine.

Personally, when I sat down with our owner he offered a square deal. I didn’t have to negotiate much — a few small items put it in writing and off we went. Back in the flatbed days we did have to broker deals and negotiate more, but I worked with fair businesses. I won’t haul cheap freight — it’s got to be meat and potatos, not rice and beans, for this fella.

Landstar’s Joe Beacom
Landstar agents are in the market and possess great knowledge of the supply/demand scenario relative to a customer’s need for quality transportation service and [an owner-operator’s] need to operate a profitable small business. Landstar offers load matching technology to its capacity providers that allows them to receive alerts for loads that fit the business profile (rate, destination, equipment type, etc.) they desire, which allows for quick acceptance of a loading opportunity from a satisfied customer at a fair price.

Small fleet owner-operator Thomas Blake
Specializing primarily in short-haul containers within a radius around Kansas City, Mo., says Blake, “a company that I hauled a lot for … wanted me to go to South Dakota. I referred him to somebody else.”

The customer later came back to him with the observation that “these people do it for less,” and a question: “Why can they do it for less?” As Blake put it:

It’s all owner-operators. They’ll just replace him when his truck breaks down. I can’t do that. They’ll make a profit no matter what. They own no equipment, have no shop and have no overhead.

Blake had been “doing business with this guy for years — the first load I hauled under my own authority was with him.” When we talked about the rate issue, Blake had heard back from the company, whose business he’d ultimately lost:

“Tom, are you still doing intermodal containers? Well, we want you back down here.” I like to know who I’m driving for, to know their kid’s name. When you’ve got a relationship like that, somebody can come in with a lower rate, but they know you and realize that we’ve got families to feed too. I have had a few times like this when I’ve lost a customer for a month or two but they’ve come right back to me. Cut rate is sometimes exactly that – cut rate.

Prime’s Don Lacy
We are simply not interested in being the lowest priced carrier. We are interested in providing the overall value to customers . Our size (4,400 trucks, 7,000 trailers) gives us a lot of leverage in rate negotiations. We have a well-known reputation for having the best and newest equipment. We routinely receive Carrier of the Year awards from Fortune 500 companies.

These advantages make it possible for us to demand and receive some of the highest rates in our segment of the Industry.

Allen Smith
**Do your homework and research on just who you are dealing with. Our friend Dan Metully has a fairly new website, TransportWatch.com. It’s a website for us all to provide input on, reporting both good and bad companies. Sort of an Angieslist for brokers, shippers, drivers and carriers.

**Have a good business formula and don’t move “cheap freight.” It hurts everyone.

As reported in the August Overdrive top challenges feature, former household-goods-hauling owner-operator Smith notes the importance of selling yourself: “your CSA scores, your professionalism, and your track record.”

When we had our moving business we would find out as much info over the phone as we could in order to get an idea of cost before we went out and conducted the survey. We dressed professionally and before we left the office we calculated the minimum we would need to charge to cover ALL expenses ( business formula) and include our profit.

You need to have your formula in place in order to determine your net profit.

**Insist upon seeing the freight bills. Recently, [truckers attorney] Paul Taylor has been involved in a case representing 22 drivers who signed leases with VFS and who were supposed to be paid 74 percent of the hauling charges and 100 percent of the fuel surcharges. The company did not disclose copies of the freight bills to the drivers, so they couldn’t determine what the loads paid.

Taylor goes on to say in this article that the operators are “supposed to get their invoices without asking. He didn’t turn them over even when they asked.”

If you’ve missed it as yet, find more on the subject of rates from these and other sources in this story, part of our August top-challenges feature.