Regular readers and commenters may well recognize the name “Don Lanier” from my own past reporting, chiefly the big Top Challenges feature back in August, and from his frequent commentary on various and sundry of the items we report on here at the OverdriveOnline.com. I got the opportunity to meet the former Home Depot company flatbedder and current expediter (pictured) via a chance phone call a couple weeks back now.

I’m at work on a feature covering the expediting segment of trucking. Knowing Lanier had a straight Freightliner leased with J.D. Logistics up in Michigan, I called Lanier to see whether he may be able to lend any perspective on the business only to find out he was sitting waiting to get load just 30 minutes or so from Nashville up in Springfield, Tenn.

He also was no longer with J.D. but had moved with the last few weeks to become a driver for a small fleet leased to Nashville-based DMW Expedite with hopes of buying his own truck in the New Year.

He was positive about both his new carrier as well as expediting in general. For those of you already part of that small but lucrative industry segment, does this sound familiar?: “It’s really varied, but it keeps things interesting,” he says of one of the chief attractions of the business. “Far more interesting than loading up with carrots and driving from here to Ohio, Ohio to wherever else. I did that with the Home Depot for almost four years. After you’ve seen that much lumber you start turning into a piece of lumber yourself.”

He ran flatbed for a long time out of the St. Louis Home Depot warehouse, then for another year “I ran curtainside,” he says, delivering plastic shelving products down into the Texas area. “That’s where I got my first taste” of what expedited loads were like, he says. “You had multiple drops. You’d go to Tyler and Odessa and San Antonio and Galveston – you’d open up the curtainside and say, ‘Here’s your product, one pallet, and hey, goodbye.'”

Few long waits for unloading, just quick drops and off you go.

“In expediting, you’re in and you’re out,” he says of his current operation’s similarities to that year of curtainside hauling. “I might sit there and wait 5-10 minutes” before load or unload, given the often critical nature of the freight.

But there are trade-offs. “Then your off to sit and wait in parking lots,” he says. “I know more about Wal-Mart’s parking lots than” most Wal-Mart management, he guesses.

Fortunately for him, as he prefers to space and relative peace and quiet of such places, compared to crowded truck stops, he can actually get into them with the straight truck, his current ride a 2007 Freightliner M2 106 that averages around 10-plus mpg per gallon, hauling typically less than 7,000 pounds of freight. It’s another attractive aspect of expediting for the individual or husband-wife team most content by themselves and with time to spend however they like. Lanier spends a great deal of his time reading books, or he might drive to a nearby movie theater.

In any case, this only really scratches the surface of the various plus-sides of the business. Have you ever thought about moving into the segment? What would be the most attractive aspect of it? Weigh in, whether you’re in it now or not, via this link to a poll on the subject. 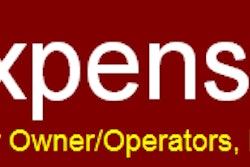 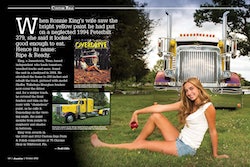 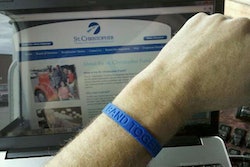 Big success for ‘band together’ campaign