It’s not what you think — ‘Losing It’ is the name of a new community page on Facebook that Cameron has started, inspired by friends who urged her to share more of, well, herself with others. Those friends look at the driver (currently running team with her husband, Brian, for RRR Transportation out of Calhoun, Ga.) as an inspiration. One year ago today, Bettina (Brian too, for that matter) began to change her life.

The before/after picture here tells that story pretty well all on its own, I’d say — Cameron has lost upward of 75 pounds since Jan. 18, 2013, all done while running team up and down the highway. On the Facebook page, she shares sundry tips and anecdotes from her own efforts, which have largely been centered around changing her regular routine, utilizing breaks for exercise (first walking, then faster, then running) and eating as healthily as she can, among other things.

“If it helps somebody” get on the road to weight loss, she says of the new page, “I’m glad.”

Her principle advice: “Do it now – today, put down the French fries,” she says. “Just don’t eat them.” And while she knows she’s got a ways to go on her ultimate goal, she adds, “When I look at the before and after photo – I’m like, wow, that person is totally different than this person. It’s the look in my eye, the expression on my face. It’s not just about being thinner, it’s about a better quality of life. I have that now.”

Find the “Losing It” Facebook page via this link.

New Entrant ‘proficiency exam’ basis
Via Overdrive‘s Facebook page, Roy C. Terwilliger Jr. wondered what exactly the MAP-21 highway bill had to say about the requirement to create a written test for all motor carrier New Entrants — folks applying for new authority. While the notion of a New Entrant exam has been on FMCSA’s mind for a while, I went back and found the reference, as such:

Not later than 18 months after the date of enactment of this Act, the Secretary shall establish through a rulemaking a written proficiency examination for applicant motor carriers pursuant to section 13902(a)(1)(D) of title 49, United States Code. The written proficiency examination shall test a person’s knowledge of applicable safety regulations, standards, and orders of the Federal government.

You’ll find that text in Section 32101 of the MAP-21 law (full text in a pdf via this link). With the first of three listening sessions now finished — the next one will take place at the Mid-America Trucking Show in March — the FMCSA got said rulemaking under way just barely within that 18-month directive.

Terwilliger noted the rule doesn’t say much about just who needs to take the test, though from what I gathered in reporting from the listening session last Monday, FMCSA is interpreting “applicant motor carriers” simply, to mean those applying for new authority. Find more reporting on the issue, if you missed it, via this dispatch from the first listening session FMCSA’s conducting at it prepares the test.

You’ll find the section of MAP-21 relative to training/testing requirements for brokers/freight forwarders in Section 32916 of the same text, for those interested. Requirements for ongoing certification/training could be greater for those entities, according to FMCSA. 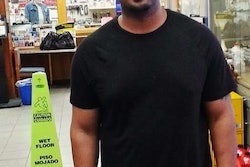 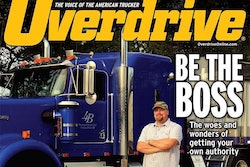 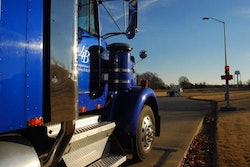