“We all know that capacity is the biggest issue.” —Marygrace Parker, Truck ‘N Park project coordinator with the I-95 Corridor Coalition

In case you needed reminding, I think there’s a reason all we tend to hear about around the parking issue is related to ways to deliver information about space availability (outside of the occasional new truck stop announcement).

The quote above came with my reporting earlier this year on the Truck ‘N Park demonstration project for doing just that, sharing space availability information. Parker stressed what many truckers have long contended about parking problems and the highway system generally. When it comes to naming the bedrock issue, it’s capacity, they say, particularly in crowded lanes on the eastern seaboard, where the demonstration is live at two sites in Maryland and Virginia. I was reminded of Parker’s statement, and the difficulty of addressing the issues it raises, after news emerged from one of those states last week that showed once again what happens when anyone, most anywhere, tries to add spaces for trucks.

The news, according to this story from the Warrenton, Va., Faquier Now news source, showed a fair amount of resident opposition to the Virginia DOT trucks-only rest area project, which planned as recently as last month to break ground this fall. In our analysis, published in December of 2015, Virginia ranked 16th in the nation among states among those most in need of additional capacity. The rest-area project is planned as a stop on the WB side of I-66 near Markham — 30 spaces, a drop in the bucket, really, with an eight-foot fence around the area, portable toilets and downward-focused LED lights to avoid an overabundance of glare in the area.

With the move, the state comes full circle of a fashion. It’s Virginia in large part, you’ll remember, that helped spark and galvanize truckers’ engagement on the role of public facilities in the truck parking scrum when it planned to — and then reversed after much advocacy on the part of drivers — close a large portion of its rest areas during the recession years. If I’m right, this project would be the fourth such rest area opened statewide since that time, as the pop-out from Virginia in the following interactive map makes clear:

For further exploration from this part of the December 2015-published nationwide parking analysis, follow this link.

On this particular project, opposition was pretty simple to come by, however. One resident of Fairfax farther afield, but who had a home in the area, collected more than one hundred signatures against the project that he presented at a recent public meeting about it. Opposition why, exactly? It all comes down to some familiar themes:

Unlike the case of Redneck Diesel in Texas, most objections were less to do over residents’ health than that of wildlife in the area. And truckers’ need for rest? VDOT determined after studying their own parking issues in the wake of Jason’s Law that the I-66 corridor needed 500 additional spaces to satisfy the need for parking there. Del Ross quoted Chris Marshall, owner of a 10-truck milk-hauling fleet located in the area. Marshall underscored the problem as a safety issue for truckers and the public:

Thirty spaces toward satisfying a need for 500 isn’t much, as I intimated, but Marshall called it all “a good start.” Here’s hoping VDOT gets it off the ground. 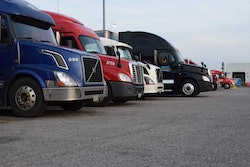 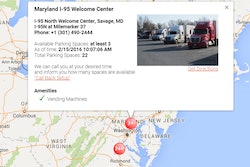