Indiana is near the top of the rankings among states that perform the fewest share of clean inspections year in, year out. Part of the reason for that, as we’ve covered in the past, is the state’s emphasis on moving violations — many of its inspections are performed at roadside after a stop for a speeding violation or another observed violation that then begins a short Level 3 credentials inspection for the driver already behind the eight ball with no possibility of coming out the end of it with a violation-free check.

The state ranks 10th this year, with less than a third of their total inspections having come out entirely violation-free over the course of calendar year 2016. But if you look at our map that illustrates improvement in truckers’ favor in that metric, you’ll see that Indiana is one of just a few states that improved in that particular metric by more than 50 percent over the preceding year:

“We still have an emphasis on conducting Level 3 inspections that focus on violations that the FMCSA consider their top 10 crash causation factors,” says Major Jon Smithers, Commander of the Indiana State Police Commercial Vehicle Enforcement Division. “Those violations include excessive speed, following too closely, disregarding traffic control devices and use of handheld electronic devices. There has been a particular focus on these violations in and around construction zones, as we have had a number of serious or fatal crashes in those zones. Indiana has been a top 10 state for CMV crashes for many years, and we are working hard to try to lower our standing in that category. It seems to have paid off some, as we received an FMCSA honorable mention award for our crash reduction efforts in 2016.”

Unfortunately, Smithers adds, that “didn’t get us out of the top 10.”

Interestingly, Indiana also rose in another inspection-related category in calendar year 2016 that it had fallen down a bit in over prior years — the basic total-inspections-per-lane-mile category we’ve tracked since the inception of the CSA inspection/violation scoring program in 2011. Indiana has always ranked in the top half of that metric, showing a fairly intense incidence of truck and driver inspections when compared to most other states. But this year, measuring between calendar years 2015 and 2016, Indiana shot up the ranks eight places to No. 8 overall.

“Where I think there has been an increase in the number of inspections per lane mile over that time is based in our non-division Level 3 program,” Smithers says, referring to the state’s efforts to train officers to conduct Level 3 credentials inspections outside the core CMV enforcement unit. The state has been training such officers “on a voluntary basis” since 1996, Smithers says. “For several years the number of non-division inspectors had hovered steadily at about 300 troopers. We have also been able to provide some FMCSA grant-funded paid overtime to all inspectors, division and non-division, to conduct inspections outside of their regular duties. This overtime was offered during a time period when ISP personnel did not have a lot of paid overtime opportunities. That provided a significant number of inspections that were done outside of regular work hours.”

As for the percentage of clean inspections rising so high, he attributes it to truckers’ improving practices more than anything else, echoing the thoughts of a variety of others around the nation.

“I am seeing more clean inspections in Indiana,” Smithers says. “That is a good thing. Our goal would be to never find violations.”

Smithers believes the CSA program’s point system for violations and its “impact on carrier safety measurement scores,” even though it’s been “an unpopular program with carriers and drivers” to say the least, is “accomplishing the goal for which it was designed, improving safety. With CSA in place, gone are the days where points were only attained when a driver was cited and convicted for a violation on an inspection. Now, every violation on an inspection has consequences, regardless of whether or not a citation was issued. A high SMS score affects a carrier’s ability to attract customers,” and a poor inspection record affects a “driver’s ability to find employment. I really think the CSA program has gone a long way in making carriers and drivers cognizant of their equipment and paperwork issues so they can avoid violations. With this CSA program, the carriers and drivers that are less safety-conscious or less reputable are finding themselves out of business and out of work. Even as the CVED commander, I still maintain my CVSA certifications [by performing inspections], and I can tell you from personal experience that I have completed many more clean inspections in the last couple of years that at any point in my career. And that is saying something, because I was one of the first non-division guys trained way back in 1996.”

Evidence, perhaps, that even with CSA scores behind the public curtain at this point, the teeth it put into all violations still bite on? …

Find all of the past CSA’s Data Trail state profiles via the links below: 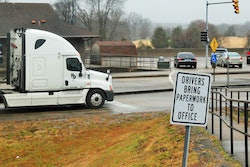 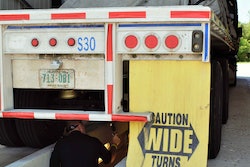 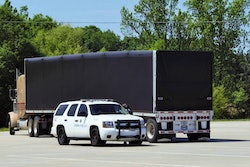